It’s hometown time! Time for Ben to get raked over the coals by family and friends who are just trying to “protect” their girl from getting hurt. They know they volunteered for this torture right? They weren’ t bound and gagged and forced against their will. First up is Amanda in California. Much nicer weather than Indiana so she gets points there. Ben meets her at the beach alone and her kids are brought there to meet Ben. As much as Amanda can irritate me her kids are freaking adorable. The little one was not having anything to do with Ben at first but she warmed up a little and watching Ben with a baby sent bioligical clocks into over gear all around the world. Finally time to meet the rest of the family. Ben got quite the taste of parenthood has little Charlie cried the whole ride there. Poor guy didn’t know what hit him and walked into the house with a glazed over look. First 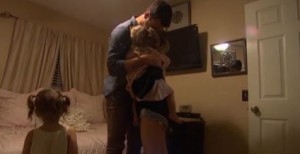 order of business – get the screaming kid to sleep. While doing that her parents wonder if he’s ready for being an instadad after seeing the shell shocked look in his eyes. Ben is truthful with mom that he never thought about meeting a girl with kids, but when he found out about the kids he wasn’t scared at all. His maturity and honestly scored points with mom and she sees promise. Amanda tells her mom that she is ready to shift some focus on to herself.  She sways mom to Team Ben. Dad lays down the law with Ben. Like Ben doesn’t know that if he marries Amanda he isn’t going to be able to just go off with your friends. After dealing with Amanda’s ex I can see where he’s coming from. Dad just wants his baby to be happy. The two end the night reading the kids a story.

Ben travels to Portland, Oregon to visit with Lauren. His time with her is always easy and he looks at her differently than the others. You can see hearts shooting out of his eyes when he meets her. The two have an easy breezy afternoon walking and talking and having lunch at the local food trucks. Lauren loves butter! How 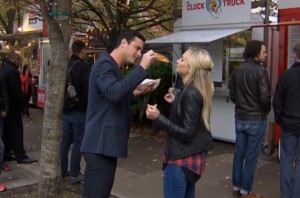 can you not love a girl that loves butter. Before meeting her family she has one last stop. The Whiskey Library. Ben is loving it, what guy wouldn’t love a girl that loves both butter and whiskey! Lauren wants to tell Ben she loves him but she needs the families approval first. They aren’t even at the house and Lauren’s sister is not having it. Doesn’t like they barely know each other. She takes Ben aside and want to know how she’s supposed to know he’s not spewing the same  things to the other families he is to them. He can’t really answer that, he just says he feels so lucky and starts to cry. Molly makes Ben cry. The tears bring her around a little but she still doubts.Lauren reveals to her that Ben is her person. She is 100% in love with him. This gets Lauren her blessing. Dad grills Ben now, how is Lauren different. He says the world stopped when he met her and has just kept growing. He tells Dad if he’s on one knee it’s for real. Marriage is for keeps. He honestly tells him how tough things have been and dad is just focused on the short time they know each other and the three other girls. No blessings were given but no objections where either and Lauren feels she can’t tell Ben she loves him.

Then on to Caila in Hudson, Ohio. Caila plans the oddest date. Not that that is unexpected. She is confusing when she talks so of course her dates are confusing. First she shows him her highschool. The place she began to find herself. The brings him to a bench she says she watched couples go to and wished she had someone to take there. She fulfills her dream of making out on said bench and then on to a toy factory that her 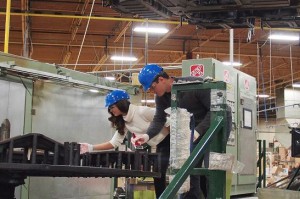 dad is CEO of. Huh? They design a house and then make it. I just kept thinking he should bring that to Orange County to Amanda’s kids. What was the point? But on the flip side only Caila can make a hard hat and safety goggles sexy! The one thing i learned is that Caila will age well. Her mother is gorgeous and looks like she can be her sister. Her mom put out a fabulous looking Philipino spread. Her parents seems down to earth, a little skeptical but not in a intimidating way. When talking about the other hometowns Caila gets a bit uncomfortable and Ben sweetly reaches over to reassure her. Mom steals Ben first. She wants to know what sparked his interest in her. He loves her fun, bubbly attitude. He loves her honestly and realness. Mom feels great that Ben is into her thoughts and who she is. Dad asks how she blocks out everything. She tells him she just focuses on him and their time. She breaks down and says Daddy this is it. Her relationship feels right but she needs to know she’s not bing crazy. Her father reassures her shes not and feels that Caila is in love.Mom tells him she needs to tell him she loves him and she believes that Ben loves her. She was so ready to tell him but fear takes over and she doesn’t

In Dallas, Texas JoJo finds roses and a letter at her front door. Assuming they are from Ben she’s reading the 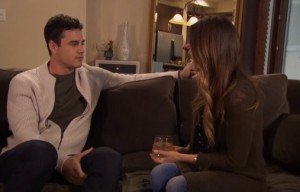 letter and then it hits her. These are from her ex. She’s scared and angry and wants no part of it. I smell a fish though. How did her ex know she was on the show nevermind how long she had been gone? Tell me production didn’t play a part n this. She calls him to sort it out, he wants her back. Ben knocks on the door and JoJo hangs up the phone. She’s honest with him and Ben is uncomfortable with it. He’s lived through an ex coming back into a girls life and it didn’t end well. She tells him she called him and told him they were done. She’s so happy with Ben and her feeling are 100% with him and she closed that chapter for good. Time for the lions den. Ben meets her parents and brothers. Mom wants to know what sets JoJo apart. Easy answer, he’s can himself with her. JoJo’s obvious affection for Ben has her protective brothers spooked. They aren’t drinking the Ben flavored Kool-Aid. Ben can’t promise the brothers anything but he assures them she means a lot to her and he thinks shes incredible. JoJo tells Mom shes falling in love with him and shes scared. Mom tells her not to be, she needs to go in 150% in on this and fight for him.  Ben tells Dad that his feeling keep growing for her and nothing is holding him back from falling for her. JoJo then has to justify her 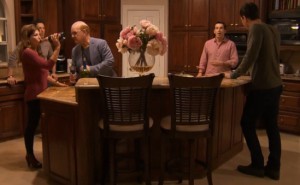 relationship to her brothers. They question how she can fall for him after only 2 alone dates. Unlike mom they want her to guard her heart. Big brother thinks he’s not invested in her as she is and calls Ben out for brainwashing her. While the confrontation goes down JoJo’s mom is swigging wine right out the bottle. Ben tries to reassure that he’s not out to hurt JoJo but he’s not buying it. Mom wants to sink into the floor as he gets more heated. He accuses Ben of being coached which Ben denies. Dad believes Ben and they stick up for Ben and he leaves the house more confused. JoJo is confused too, her parents say yes, her brothers say no.

Back in Los Angeles is time for probably the most difficult rose ceremony. More is on the line now, Families 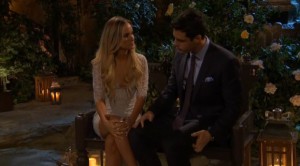 have been met and everyone is emotionally exhausted. Even the girls demeanor with each other is tense. All are scared but JoJo is the most unsure after her crazy date. Lauren recieves the first rose. Caila is given the second and the final is down to JoJo or Amanda. Is he ready to take on 2 kids or 2 angry brothers?  Ben chooses JoJo and Amanda’s heart break is visible. Ben apologizes but all Amanda wishes is that he had let her know before a rose ceremony. The two hug it out before he puts her in the limo where she breaks down. Ben is pretty distraught as well. You can tell this isn’t a decision that was easily made for him.

Fantasy suite dates in Jamaica are next week. Will these girls finally let go and tell him they love him and Ben tells 2 girls he loves them? Who do you think he makes these revelations to? Comment below or TWEET ME and let me know.

Don’t forget BBCAN4 starts next week and Eric and I will be live Friday night at 7pm with our first show introducing you to the cast. Get all the details on where and how to watch and the newest twist on our BBCAN page!