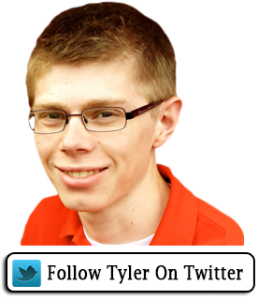 Raised in a small Midwest town, Tyler Hayes has always had an eye for making it in the entertainment news industry. Currently, he is a third year student at the University of Missouri, where he is majoring in communications. Tyler has been obsessed with reality television for years; he has even auditioned before (it was for Survivor, clearly it didn’t work out). He loves everything about reality television. Especially the shows that take normal, everyday people and throw them into a wild situation such as Survivor, Big Brother or The Real World.  He has not met a reality show that he hasn’t liked…yet! He watches everything from American Idol to all of the Real Housewives franchise. Tyler is excited to join the Your Reality Recaps team and bring you the latest information for Bravo’s The Shahs of Sunset and the mega-hit Keeping up with the Kardashians. Tyler is very active on social media (voted most likely to be on social media in high school); you can follow him on twitter and join in on the love of everything reality television!