Trending
You are at:Home»Melissa’s Bio 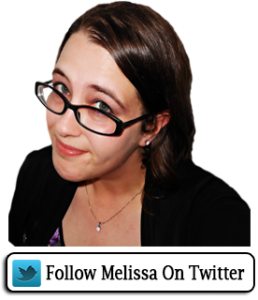 Blogging Survivor & King Of The Nerds

Melissa is a small town girl with big city dreams living in Kansas with a passion for entertainment, comedy specifically. “Stand up  comedian” was her first dream job and she considers herself to be an aspiring screenwriter.  Reality TV has been one of Melissa’s guilty pleasures since the days of The Real World on MTV (London is her favorite), but the addiction didn’t really begin until Survivor premiered in the summer of 2000. Though it took her awhile to succumb to the allure of Big Brother, she eventually gave in to temptation and has been a live feeder since Big Brother All-Stars (season 7). Other favorite reality shows include: The Joe Schmo Show ( watch all three seasons), King of the Nerds, The Quest, and  Kathy Griffin: My Life on the D-List. Melissa loves writing blogs for Your Reality Recaps and “nerding out” about her favorite shows with people who share her passions.