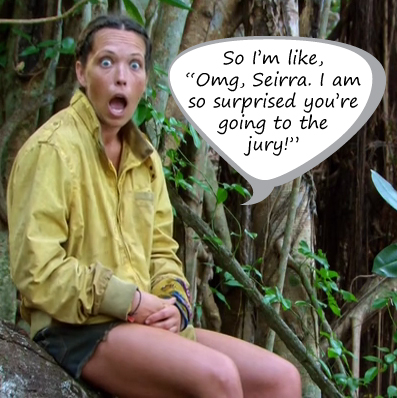 This time on Survivor… After Tribal, Andrea, Aubry, Cirie, and Michaela are all thinking that Sarah’s reaction to Seirra leaving is a little suspect. She was acting surprised to keep up the illusion that she was working with Sierra so she would will her the Legacy Advantage, which she did do, so now Sarah has two advantages and she has her target set on Andrea. Air Max Goedkoop Come on in, guys! It’s time for Immunity! That’s right, Immunity because this is basically a double eviction episode… Big Brother is comin’ folks! So, in this challenge, Survivors must build a tower of blocks to a certain height, but they also have to balance the platform on which they are building the tower by holding a handle with one hand. Survivors ready? Go! So, Aubry takes the lead first and maintains it as other people’s block towers keep falling and after only five minutes, she’s getting REAL close to the goal. Buuut, she has to rebuild because she runs out of blocks, opening up a window for Michaela and Andrea, the closest to catching up to her, but Michaela’s tower falls, then Andrea loses her to a breezy gust of wind and Aubry is RIGHT there at the mark aaand… She maintains her stack and wins Immunity. As Jeff can’t stop pointing out, Cochran won this challenge in 17 minutes; Aubry finished in just over six. SIX MINUTES! 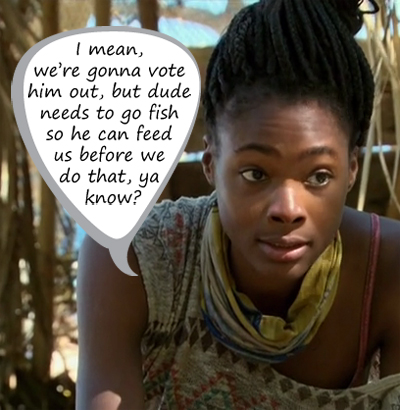 Back at camp, everyone has congrats for Aubry and she has HER target on Brad. So does Cirie and Michaela; Andrea also agrees that they need to take out Brad while they can. Michaela really just wants him to go fishing so they can eat, but he’s out in the jungle so she offers to find him. Ray Ban When she does find him, she approaches him all weird and he thinks she’s trying to blackmail him by telling him to go fishing. nike air max 2017 dames Rood She says it’s just a suggestion, and I think it is, but she just came at him the wrong way by telling him to go fishing rather than asking him to go fishing. new balance blanche asos It’s a moot point. Next, we see Andrea and Aubry talking about Sarah, they know she’s a huge threat, but the timing may not be right – the next logical step is Brad. Later, Andrea asks Cirie how she feels about Sarah and Cirie’s radar has been pinged. She needs Sarah to get further in the game so Cirie finds Sarah to have a little chat. Now isn’t such a bad time to boot Andrea from the game, they have to do it at some point, and both are concerned that Aubry and Andrea are trying to pit them against each other. Air Max 2016 Sale Not sure what they are going to do, they march off to Tribal and everything is unclear as to whether it will be Brad, because he is definitely someone they want out of game ASAP, or if it will be Andrea, who is just as much of a threat. 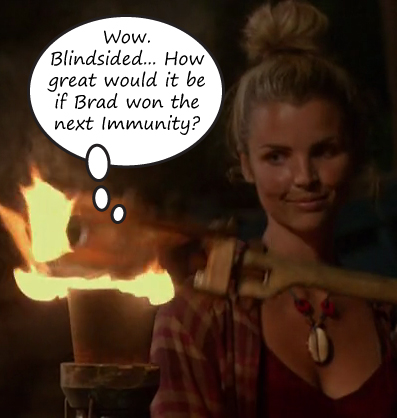 And awaaay we go to the first Tribal Council of the episode. Immediately, Jeff wants to know if people are more willing to put a name on the table at this point. Aubry says yeah, but she also says that they have a more solid “We” now. Jeff brings up the individual aspect of the game to which Sarah has to say – if it ain’t broke, don’t fix it. Troyzan mentions that someone like him is a great person to alliance up with since he’ll be very loyal. It’s good argument, but Aubry says a lot can happen. Next, Jeff wants to know what camp was like after the challenge. Cirie and Andrea think it was really weird since there was no scrambling, and no one came up to Andrea to talk to her. Brad says that he didn’t talk to Andrea because he’s written down her name twice, but he did talk to some of the ladies and he’s just hoping one of them will make a big move and NOT vote for him. Sarah is asked if she thinks the Jury will respect game play and she thinks they will give credit where credit is due. Aubry says people aren’t robots, there are emotions when someone leaves the game. Tai thinks people will reward game play as well and Andrea says it’s important how people are voted out – being someone’s best friend all day then blind-siding them is a little vicious. And it’s interesting how the camera keeps panning from Sarah to Seirra… After Brad makes one last plea for his life in the game, it’s time to vote. No one plays an Idol because it would be stupid for Tai and Troyzan to use them at this point and Jeff reads the votes: Andrea, Brad, Andrea, Brad, Andrea, Andrea, and Andrea. Mike Trout Jersey Five is enough! 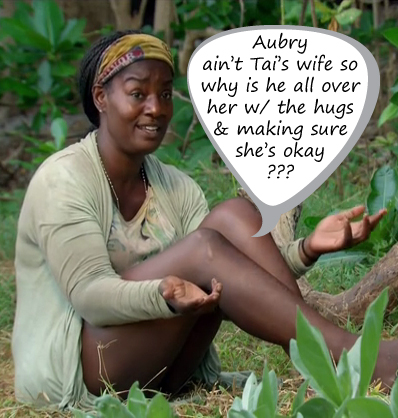 Upon returning to camp, Aubry lets Brad know that she wasn’t aware of the plan to vote out Andrea and he basically tells her that it’s cool, that’s the game. Cirie makes sure Aubry is okay, but Cirie doesn’t really trust Aubry… Aubry herself is pretty emotional about Andrea leaving since they were pretty close out there – that’s just how her Survivor experiences seem to be: really high highs and really low lows. And Cirie has made an observation. Tai was all over Aubry with the consoling after Tribal and Cirie isn’t liking it at all. Denver Nuggets Tai works people’s emotional sides and him being all about making her feel better makes Cirie think they are a pair. Come on in, guys! It’s time for Immunity. In this challenge, Survivors will be perched on top of a pole and will use a hole-laden bucket to fill a container to retrieve a key then swim back to shore, use the key to release puzzle pieces, and finally – solve the Great Equalizer. Survivor’s ready? Go! Obviously, nothing matters here except the puzzle, and it’s a tricky one because it’s two-sided and three-dimensional. Michaela is first to the puzzle, but like I said, it doesn’t matter when people finish the first part of the challenge because they have to complete a tricky puzzle. First one to think they have the puzzle is Michaela, but it’s not right so she has to take it all apart again. Maglia Kevin Durant Next to think they have it right is Brad – and he does. Stupid girls should have voted him out last Tribal! He tells them to pick someone else because they can’t pick him! 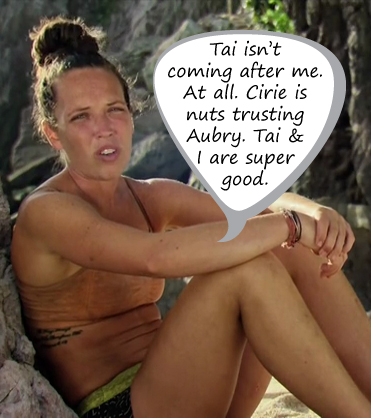 Back at camp, Troyzan tells us that he’s taking his Idol with him to Tribal. On the beach, Tai tells Aubry that he needs to do something now to show the Jury that he’s playing. Aubry asks who he’s most threatened by and he says Sarah. Aubry knows she needs to get Tai before he gets her so she lets Cirie know that Tai wants to target Sarah, then Cirie tells Sarah and Sarah doesn’t believe her, doesn’t understand why she’s trusting Aubry so… As a sign of loyalty, Sarah gives Cirie her Steal-A-Vote advantage so in the case that she IS voted out, at least she has it. Later, Cirie chats with Michaela about Sarah’s completely confidence in Tai; Michaela doesn’t understand it either and if she’s wrong, not only does it mess up Sarah’s game, it messed up her and Cirie’s games as well sooo… Cirie is going to use the advantage and she’s going to take away Sarah’s vote with it. Cirie is also pretty sure that Tai has an Idol sooo, it’s a tricky Tribal for Cirie. Her plan is to make Tai feel really really really comfortable by telling him that he’s being targeted, telling him about the advantage, and how she plans to use it. Tai is surprised to hear that people are targeting him, he’s not sure if Cirie is telling the truth or not, but it’s a weird thing to make up; he’s terrified inside and is considering playing his Idol – he has two to play with, ya know. 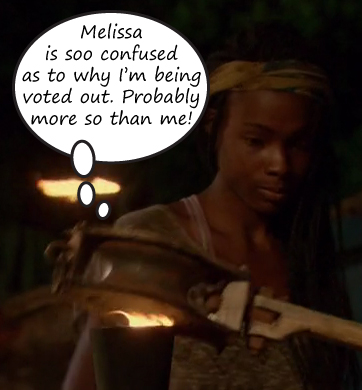 And awaaay we go to Tribal Council! Sarah is asked what happened at camp after the Immunity challenge. new balance 574 online sale She says there was a lot of sneaking around, lying, etc. and tonight’s vote will show whether or not she’s right about certain things. new balance 998 black teal Cirie agrees – tonight will show with whom the deception originates. Michaela doesn’t think everyone is lying, just certain people. Tai just hopes he’s on the right side of the votes, Troyzan just hopes he can survive this Tribal and try to play a game for himself, and it’s time to vote! But first! Cirie speaks up about the advantage and says she wants to steal Sarah’s vote. Sarah immediately pipes in – that’s her advantage it’s non-transferrable, she just gave it to her to hold as a sign of trust. Jeff confirms that Sarah’s advantage is Sarah’s alone and she asks for it back. Cirie gives it to her and Jeff rubs her face in the flaw a little bit… Then all of the sudden, Sarah gets up and whispers something to Tai, then Cirie whispers, then Michaela is in on it and Troyzan is trying to listen, which pisses off Michaela who is asking him to step aside. It’s CRAZINESS!!! Everyone is whispering, people are going back and forth and back and forth. Everyone is talking to everyone, but they are all whispering in each other’s ears so who knows what’s being said. Finally, Sarah says she’s taking Tai’s vote and after Jeff explains how things will go down with the votes, Sarah says she’s ready and the votes are cast. NO ONE PLAYS AN IDOL… Jeff reads the votes: Tai, Tai, Aubry, Michaela, Michaela, Michaela – wtf is up with these Michaela votes??? And there’s another one! They voted out Michaela??? WTF? How did THAT happen??? So, next time on Survivor… It’s Finale time! And Tai is gonna mess everything up for himself by revealing his Idols and apparently giving one to Brad, who says he has no problem using Tai Idol against Tai… Should be an interesting finale this one… As usual, if you like my blogs, check out more stuff here at Your Reality Recaps.

Survivor 35 Heroes Healers Hustlers Blog Recap Ep6: This is Why You Play Survivor