After last nights amazing premier of Big Brother 2 we quickly move ahead with the business of the show. We don’t waste anytime here in Canada.  The show starts us off after the HOH competition that Paul won, or as he would like to say everybody gave it to him.  Andrew is digging his own grave after too much champagne.  He is talking to Ika who is from Jamaica in some strange Jamaican accent.  It’s the worst thing any of us have ever seen, Ika isn’t impressed and neither is anyone else.  When on a reality show you must learn that just because the alcohol is there is doesn’t mean you need to drink all of it.  Anick is in the bedroom going loony toons, she has out her feather and she is prancing and twirling around that room like my kids after too much sugar!  People are entering and exiting this room as she is chanting and  doing whatever it is that feather is supposed to be accomplishing.  They all think she has gone off her rocker. I want her to be cute and quirky like Talla was but she just isn’t doing it.  There is a fine line between quirky and crazy and I think Anick is stepping over it.  It’s just too much for people to handle night one.  Then it happens…….we hear  “Who wants to see my HOH room” for the first time this season.   House guests aren’t jaded yet so they all jump up and run.  Paul has his pictures and his letter. He is weeping before he even opens it.  He reads his letter,  Sarah is crying, why I don’t know. She is still mad he convinced her to step off the ice block.

Paul is now acting like the Godfather. He is sitting in the HoH room calling everyone up one by one.  Huge case of HoH-isitis if I have ever seen one.  He seems to think that he is manipulating everyone.  Asking Jon to tell Kenny to come talk to you isn’t manipulation.  Paul is really starting to bug me, I don’t want him to bug me but he is.  He is acting like this HoH is the most important HoH of the season when really it the easiest.  It happens quick, you have no connections yet, and normally you get rid of he most annoying person in the house so you don’t want to kill yourself for the next 10 weeks.  Ika said it the best in the Diary Room.  She said  “He’s working like a Hooker on Yonge St.  The one liners in this episode are amazing.  This cast is funny, and we are going to get some great DR sessions because of it.  The only thing is the hookers don’t hang out on Yonge St in Toronto, they hang out on Jarvis Ave, but it’s all good. 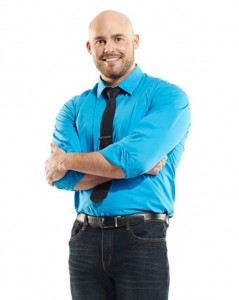 We are brought into the nomination ceremony.  The key card wall is brought out and Paul makes his oh so serious speech about his duties as Head of Household.  One by one they pull out their key cards.  Yes America, we have no round table, no physical keys.  We are living in today’s world of key cards!!!  The final 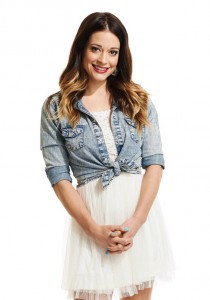 three are Kenny, Andrew and Anick.  We all know Kenny should be safe because he was up on that ice block when Paul struck his deal.  Paul stays true to his word and Kenny’s key is pulled out.  Andrew and Anick are nominated for eviction.  No explanation no nothing. Just Andrew and Anick I nominated you.  This ceremony has ended.  HUH ????  I was left needing more.  If you are going to nominate someone, at least tell them why???  They did their fake post nominations hugs and left each other to  back stab and scheme.

The veto competition is next on Big Brother’s agenda.  They pick the players and it ends up being Paul, Andrew, Anick, Sabrina, Kyle and Adel.   Our competition is super hero themed.  The players are dressed in these shiny very tight  jumpsuits.  I have seen way more of Paul in the last few days then I needed to.  They have to bust through three doors using two different tools given to them, then they had to bust through glass and hit the button.  The doors were bolted shut so they were using a wrench for the most part.  No one but Andrew seemed to understand how a wrench works.  He made quick work of this challenge and won the Power of Veto.  Paul is upset now because he has to choose a third nominee. 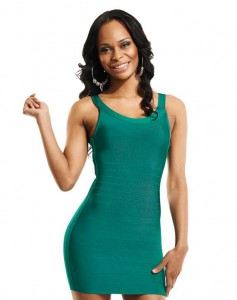 In the time between the nominations and the Veto ceremony, Anick has decided that she needs to make everyone love her so she decided to grab her feather and hold a group relaxation session. Ika is laughing, she thinks it’s voodoo.  Everyone else seemed to humour the poor girl.  Kyle goes to the Diary Room after to talk about it.  He explained his part in that session. He was breathing in the votes and breathing out Anick.   I was  laughing so hard when he said that!  Andrew takes himself down, no surprise there.  Paul then replaced him with a now furious Ika.  That man better hide himself because the Wrath of Ika will be released.  I get the feeling she is a girl who lets it simmer and will then bust it out on you when you aren’t looking.

The moment we have all been waiting for has arrived. The live vote.  One by one they file into the Diary Room to cast their vote.  It was a  unanimous vote to cast out our Reiki Master Anick.  She was pretty shaken up when talking to Arisa.  She was seriously thinking that Ika was going to be leaving that night.   Now we are introduced to our three mystery house guests Scott, Nate and Allison.  They are brought on stage and told that they will be in the house, in one room watching (but not hearing) everything that  goes on in the house.  One room people. The war room as they are calling it.  The room has army cots to sleep on and a big light table in the middle with bobble heads of all the house guests.  Allison went to where my mind would immediately go.  Where do we pee??? They didn’t answer her….but seriously where do they pee? You put one girl in a room with no dividers and two men. Where do you change, where do you eat.  I need answers Arisa!

After the episode we go right into the Big Brother Side Show with Arisa Cox, Peter Brown and Gary Levy.  They showed Gary getting a look at the house.  When he went into the Have Not room it was hilarious. Gary is 6 foot and some change and he was in this half sized room.  He is lucky this isn’t his season for sure!  Peter’s bit on analyzing the house guests was comedy gold. He knows how to combine funny with actual information that we need to know. He is in love with Rachelle and that is his pic to win.  They brought out a still shell shocked Anick. We saw her good bye messages here. Now I am not sure if this is how it’s going to go for the season or if they did it like this for this week because they had to introduce us to Nate, Allison and Scott.  I guess we will find out next week.

Let me know what you think so far in the comments section below!  Then I’ll see you Sunday for the next episode!