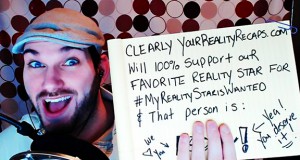 So do you all remember a month or so ago when I tweeted out that picture (to the left)? Well it was to help the Reality Wanted TV Awards figure out who to nominate! They wanted fans to let them know who to nominate base of social media interactions… and it’s fan driven (and fun) type of attitude that made me interested in them. Of course it came right in the middle of “holiday video drama” and I was “scared to take a side”. But that as they say is history, because nominees for the 2nd Annual RealityWanted TV Awards (for outstanding performances in 2013 in twenty-four categories) were announced last night! It took place in Los Angeles at the Parlor Hollywood with several reality television stars, television executives, and the RealityWanted TV Awards’ executives on hand… as well as our very own Jeffry Marx and James Wallington!

Several shows received multiple votes; the leaders were Deadliest Catch with seven nominations, MasterChef and The Voice tied with six, Shark Tank, Vanderpump Rules and RuPaul’s Drag Race all tied with 5 nominations each.  Of all of the Housewives franchises, the Real Housewives of Beverly Hills dominated the zip codes with four nominations. While the Jersey Shore spinoff Snooki & JWOWW received two nominations.

Final voting information will be concludes on April 5th, 2014. Results will be tallied and sealed until the envelopes are opened by the presenters at the 2nd Annual RealityWanted TV Award ceremony on April 17, 2014. Check out the list below for all the nominations! 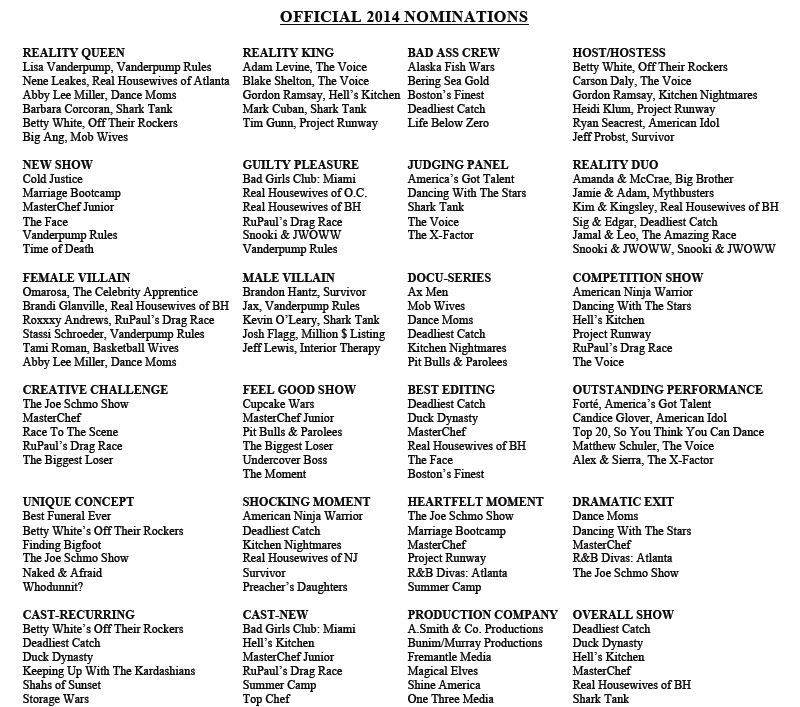 Let us know what you think about the nominations in the comments section below!  Also, if you want more info on the awards check out their website!