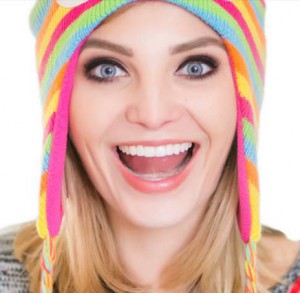 Hey there Bachelor fans! I decided to do a bonus blog this week since I can’t get the girl we love to hate Olivia off my mind. She intrigues me as I’m sure does you and felt the need to write about it. In all my years of watching The Bachelor, I’ve never seen a girl go from hero to 0 so quick. Especially so early on in the process so I’ve been trying to figure out why. What went wrong? Is it Olivia’s fault or is ABC brainwashing us all. I’ve read a lot of other blogs and twitter, for me I’ve decided it’s a little bit of both but I’m leaning on a good old ABC brainwash. We needed a villain this season and they decided she would be it. So let’s get into what has gone right and wrong for poor Olivia.

Night one. The blonde, blue-eyed beauty emerges from the limo. Her meeting with Ben is awkward I thought, but lets face it aren’t they all a little awkward. This is NOT normal. Olivia manages to redeem herself in her one on one chat at the cocktail party. She is poised, articulate and smart. We learn she’s a news anchor 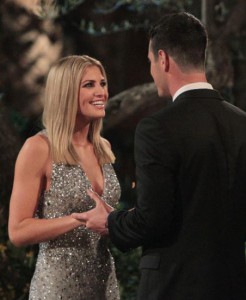 from Texas and quit her job to meet Ben. That there must have won him over as she snags the first impression rose. Hello target, meet Olivia’s back. She has confidence and knows what she wants and isn’t afraid to go after it. Where did it go wrong? Reading her blog I figured out. She used the tactics she uses in the business world, Go The Extra Mile and be Tenacious, to get Ben. Her confidence and scoring highest in the Love Lab snagged her the first group date rose, but her tenacity rubbed the girls the wrong way when a safe Olivia felt the need to monopolize his time at the cocktail party. This snag him first where ever we are strategy wears thin very quickly. While excellent business advice, the overt tenacity Olivia showed in The Bachelor mansion was just too much. A quite confidence, and a little finesse with your fellow Bachelorettes is what is needed here. Take a page out of Whitney, from Chris’ seasons, book. She was confident in her relationship but didn’t need to strut around like a peacock every date and cocktail party. She made sure she got her moments without pissing everyone else off. I mean, sure it snagged her Chris Soules, but it got her to the end game.

While Olivia’s own actions didn’t do her any favors with us or the girls, production has decided to make her even more unlikable by giving her THE WORST edit ever. We were all outraged over her conversation with Ben about cankles immediately following him telling everyone close friends had just been killed in a plane crash. What we didn’t get to see and I found in Sharlene Joynt’s blog was that major parts of 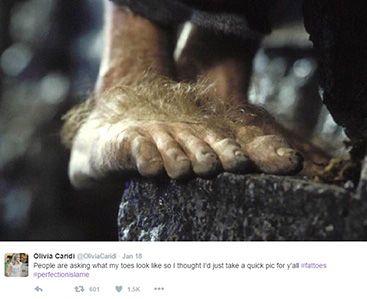 the conversation were edited out. I should have screen shot it when I first read it because ABC made her take the conversation down because of confidentiality. You know we aren’t supposed to know that this show is edited and stuff. First off she asked him if he was OK and if he wanted to talk she was there for him. Secondly, we didn’t know that he had actually complimented her on her legs (a sore spot for her) and she was trying to tell him how much that meant to her because she used to be fat and it’s still a bit of a painful thing for her. As a fat girl I get it. You can take that fat off the girl but sometimes you never really see you for who you are at the moment, just who you were at your worst. So she wasn’t just moaning my cankles, my cankles. Ben’s commentary could have been about any conversation he had that night with anyone since he didn’t mention Olivia’s name. That night it showed us that Olivia was the last to receive a rose but in reality she was fourth to last. But if Olivia was so bad the girls and her wouldn’t have banter on twitter nor would she poke fun at her cankles on social media. You can follow Olivia on Twitter here!

Then we go to Vegas where things go from bad to worse. Normally confident Olivia is hit smack in the face with the fact that Ben is in fact kissing other girls. Maybe for her sanity (and rightfully so) she chose not to acknowledge that. But seeing Ben and JoJo kiss before taking off in a helicopter brought her back to reality. In Ben’s blog he claims he had no idea the ladies could see. Do I believe that? I actually do. Ben has been one of

the most aware guys we’ve had in a long time. He’s careful not to be too affectionate to the ladies in front of each other. Only giving kisses on the cheek when offering roses on group dates and rose ceremonies. Unlike Chris who would make out with Britt in front of them all. When he saw that she and everyone else had seen his private moment with JoJo her actions that day made sense. So seeing him and JoJo made her kick her game into high gear. He needs to notice me is all she was thinking so now the Vegas show girl act makes a little sense. I’m sure she had a lot of encouragement from her handler too. I see them on the sidelines saying you’ll be great, he’ll love it, you’re a FANTASTIC dancer. So when she gets up there and is totally awful of course she was devastated. Her “panic attack” ensues as does her scramble for Ben’s attention at the cocktail party before the rose ceremony. What could she do better? Timing. Everything in life is timing. Give the other girls a chance to talk. You will always get your time, unless your like Amber who just sits on the couch. There is no need to storm the conversation like your storming the beaches of Normandy on D-day. Finesse Olivia, that is what you lack.

So we are being pitched Olivia’s the villain because there are no other suitable options. Would it be believable that sweet, single mom Amanda, or lovable Caila or God forbid the virginal Becca are the villains. Heck no! They aren’t going to make orphaned war veteran Jubilee  (I could write a blog just on her as well) a villain either. So for better or worse Olivia was cast villain. I say embrace it Olivia, have some fun with it.  Do I think she’s a bad person. No I don’t. I know you sit there and say, but Dana your twitter and blogs make fun of her. YES they do. I am blogging and tweeting on what is being presented to me. So,will  I have fun with Olivia’s cankles? Sure. But in reality I think Olivia is beautiful, from her face to her ankles, smart, quirky and funny. I am fully aware of the editing process which is why I comment on what I’m being shown and never on her personally. I would never tag her in a mean comment and never outside the confines of the show. As a lover of reality TV I get it. If you’re a douche on TV I’ll say it but I also give you fair chance in real life. Be it The Bachelor, Big Brother or Survivor it’s all the same process. Hope you enjoyed my rantings and remember: It’s The Bachelor, have fun with it!  Follow me on Twitter for my live tweeting of The Bachelor and so many other shows, and remember like Olivia said “Pefection is Lame”