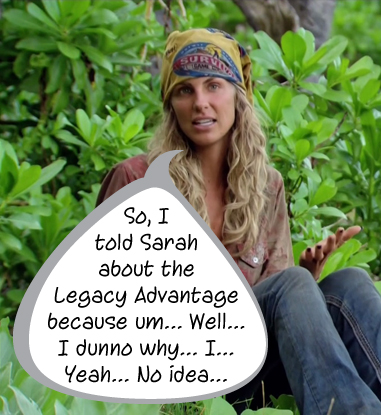 This time on Survivor… Upon returning to camp, Brad is glad it was Zeke and not him, buuut… He and the rest of the minority alliance wrote down Tai’s name and he knows it sooo… He may not have Tai anymore.

Cirie knows this as well and with Michaela and Sarah, she proposes that they may be able to snag Tai and the next thing they need to do is break up the pair of Sierra and Brad. Both ladies agree. The next morning, Seirra throws a hail Mary and tells Sarah about her Legacy Advantage, which makes Sarah think that maybe she might want to keep Sierra around if she all willing to give up information and stuff so Brad better win Immunity if he wants to stay… Come on in, guys! It’s time for Reward! Up for grabs: a full-on BBQ with everything you could want and cupcakes, but wait, there’s more… loved ones! If you want a breakdown of who gets to see who: Sarah’s husband, Andrea’s mom, Aubry’s sister, Sierra’s dad, Michaela’s mom, Troyzan’s brother, Tai’s boyfriend, Monica for Brad, obviously, and Cirie’s son. Of course, it’s all emotional, but we have a game to play…

In this reward challenge, the tribe will be split into groups of three. Each trio will dive into the water and maneuver a series of obstacles, then must push and pull themselves under a log in the sand, untangle ropes to retrieve a key, use the key unlock a box of sandbags then use the bags to knock down a pyramid blocks to win Reward. Here are the groupings: Brad, Aubry, and Andrea; Cirie, Troyzan, and Sierra; Tai, Sarah, and Michaela. Sooo, Brad’s group gains and early lead and they are first to get passed the log obstacle, which is the hardest.

Brad’s group is also first to unlock their sandbag box and it’s pretty much all over at this point because Brad easily knocks down his team’s blocks before anyone else even has their boxes open. And of course, Jeff allows Brad, Aubry, and Andrea to pick two more people to join them and their loved ones for the BBQ – they choose Cirie and Sarah. Michaela is NOT happy about it, but Andrea thinks she’ll get over it. At the BBQ, Cirie is happy to have her city-kid son around to experience the island life – he can’t believe where the “bathroom” is… Brad, feeling lucky that his loved one has played Survivor, clues Monica in on what happened at the last Tribal and Monica noticed Michaela’s response to not being chosen – she advises Brad to be ready for Michaela to flip… Back at camp, Michaela and Tai are talking on the beach; they both think that they could be a good pair working together. Sitting around camp, Sierra tells Troyzan that she’s ride-or-die with him and Brad, but they need Tai and Michaela, if she’s down to work with them, to have the numbers in their favor again. New Balance Tienda Sooo, they head to the beach and join Tai and Michaela. All four agree that Andrea is the big target, buuut, Michaela isn’t so sure which group she and Tai should snuggle up to moving forward… 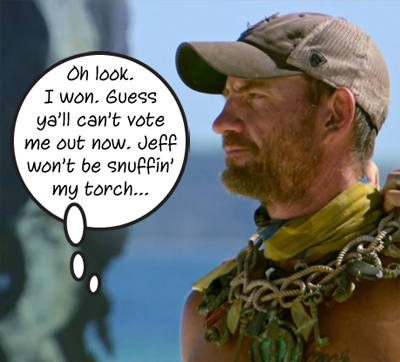 Come on in, guys! It’s time for Immunity. In this challenge, each Survivor will stand on a narrow beam and hold a buoy in place with two short poles; last one standing wins Immunity. Jeff says this is a new challenge, buuut, isn’t it really just a different version of similar challenges??? Survivors ready? Steady? Go! Within the first minute or so, Aubry, Seirra, Andrea, Sarah, Cirie, and Troyzan all either drop their buoys or step off the beam trying to stop their buoy from dropping leaving Tai, Michaela, and Brad to battle it out for the necklace. After 18 minutes, all three still look pretty solid, but Brad is shaking, then Tai is shaking, but everyone is still hanging on to their buoys. Then just like that, Michaela is out of it and Tai and Brad are fighting to stay in it. Both guys are shaking and struggling, but Tai loses control first and Brad wins Immunity. Back at camp, Andrea and Aubry tell Tai that they are voting Sierra then Michaela joins the conversation and it seems they are all on the same page, buuut, Michaela and Tai are still weighing their options. When Andrea and Aubry leave, they both think Andrea should be how they vote; whatever they do they agree they have to keep the numbers in their favor. adidas ultra boost męskie Later, they tell Sierra that she’s the target and Michaela says that they all need to lay low and act regular or everything could backfire and send Sierra to Ponderosa. 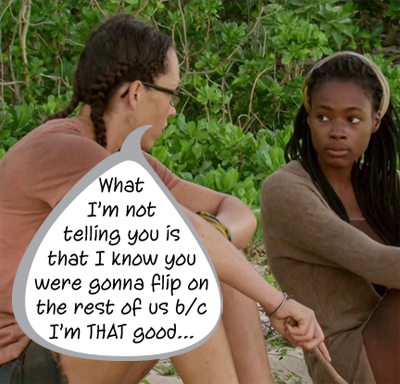 So… After a brief conversation with Aubry about voting out Sierra, Sarah has a chat with Sierra… Sarah doesn’t WANT to vote out Sierra, buuut… Sierra has that Legacy Advantage and said she would will it to Sarah if she were to get voted out sooo she has a chat with her to make sure that she and Sierra are still good. They are. Maglia Blake Griffin Sierra tells Sarah that Michaela and Tai are down to vote out Andrea sooo… Yeah… This gives Sarah all the info she needs because she needs Michaela and Tai to vote out Sierra so she can get that advantage and then Sarah pulls what I think could be her game-winning move: She tells Michaela about Sierra’s advantage and that they have to get her and the advantage out of the game now. Asics Pas Cher This causes Michaela to rethink everything about voting out Andrea, but she’s still not sure which move is the right move to make… And awaaay we go to Tribal Council! Jeff brings up the loved ones visit/reward challenge and how you go about choosing.

Andrea says something about consequences, but doesn’t really answer the question. Jeff then asks Seirra how that affects those left behind and she says it gave the four of them, who were on the reward last time, to talk strategy. At this, Jeff notes that the game can pivot based on big decisions like that and Aubry agrees, but it’s also the little things that can influence a person to pivot… 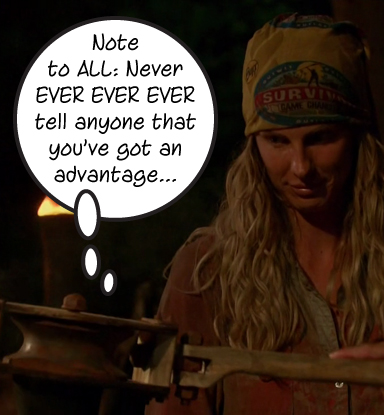 Next, Jeff brings up Brad’s first Immunity win and he feels bad he can’t help the others in his alliance.

Seirra comments that she was worried for herself, still is, and points out that Andrea is a pretty big threat too because she’s good at winning challenge. Andrea counters that the people on the bottom are big underdogs so if they go all the way they have a good shot. Aubry says they all have to decide for themselves who is more threatening to them personally. Jeff brings up the unpredictability in this season. NIKE AIR MAX Goedkoop Sarah says yeah, but they have a solid group now and hopefully it’ll stay that way, but the deck should shuffle again. Michaela agrees that it’s great to be part of a “We”, but that W can flip upside down and become a “Me” if you aren’t watching. Jeff likes this explanation and says that it’s hard to know who’s lying and what’s going on at Tribal and he asks Andrea about it – she’s heard things tonight that raise red flags, but she’s hoping that what people said to her earlier in the day. Sierra says she believes that the people who talked to her today will stay true to what they said to her and that’s how she’s voting. adidas yeezy 350 v2 dziecięce Andrea responds that those same people probably told her the same thing sooo one of them is being lied to and they are about to find out which woman will get her torched snuffed… No one plays an Idol because Tai and Troyzan aren’t stupid and Sarah doesn’t need to use her advantage so the votes fall as such: Sierra, Andrea, Sierra, Andrea, Andrea, Seirra, Seirra, and Seirra… And who does she will the Legacy Advantage to??? Hoping she didn’t vote for her, Sierra wills it to Sarah! LOL!!! Next time on Survivor, apparently Michaela is going to try to blackmail Brad and Cirie has to make a tough decision and I guess we’ll just have to find out in the next episode! As usual, if you like my blogs, check out more stuff here at Your Reality Recaps.