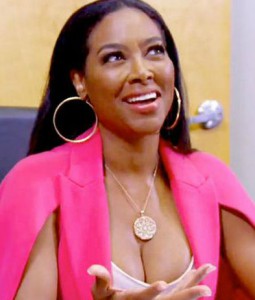 A lot went down this week in Atlanta! First off Kenya has a meeting with Roger Bobb about producing some show ideas. She pitches him a few ideas that are “loosely” based on her life. By loosely I mean it’s literally a play by-play. Kenya thinks she’s brilliant but Roger Bobb seems less than thrilled at the ideas. He tells her that he’ll help her find writers but when it comes down to producing it she’s on her own. He has other products on the go that require her attention. Kenya isn’t happy about that. While discussing her meeting with Brandon they decided that they will take this project on themselves. She is going to combine some ideas for the perfect pilot show. I can’t wait to see Life Twirls On, really I can wait but it will be interesting to see what she does develop if she developes anything. 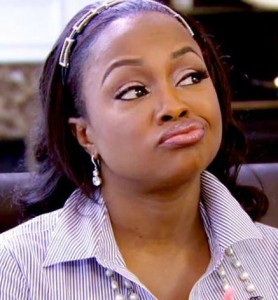 Apollo’s day to turn himself in is fast approaching. Phaedra’s main concern is her boys and seeks the help of a therapist to help her through how to tell the boys. He says to break it down simply. Daddy has broken an adult rule and now he’s in time out. He warns her they could resent her later if she keeps them from him. She needs to keep her personal feelings out of it and at this age they don’t realize they are in a prison. Phaedra doesn’t want her kids around murders and molesters (which I don’t blame her) but those boys need their father so it really is a tough decision on her part. Apollo is meeting with his lawyer about what do about making sure he sees his kids. They have several options and his lawyer thinks they have good rebutal. Phaedra married a man with a criminal past, was she really not aware that he could go back to those ways. She had to think about that before marrying and having children with him. Phaedra’s mom comes to visit and she reveals that Apollo has been acting very erratic. Accusing her of cheating, threatening to burn the house down, punching holes in the walls. Pastor Regina is NOT having that. She wants Phaedra to pack her things and come to her house. Her and the children’s safety is THE priority. Phaedra wants to give him the time to redeem himself. Will Phaedra heed her mother’s advice? 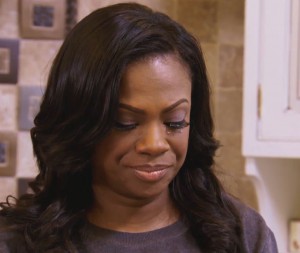 There is bad news in the Buress/Tucker home. Ticket sales for A Mother’s Love have not been good and the promoter is pulling out after only a few weeks. Kandi is devastated. This was her baby and so many people put their lives on hold to make it happen. She is feeling like she let everyone down. Todd is trying to find the lesson in all of this. They didn’t do their research on the promoter, there was so much they could do different. It’s too soon for Kandi, she hears it’s all her fault. They break the news to their staff. By now Kandi sees what Todd was saying. The two major things were a-they didn’t do the research on the promoter and b-she gave up too much control. After the initial shock the staff start mocking Todd about how it’s all a scheme by Todd and neither Todd or Kandi are particularly impressed. By hey….maybe now they have more time for baby making! 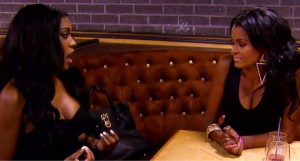 Porshe and NeNe meet for lunch where Porshe tells NeNe about a party that Dish Nation is having for her as a welcome. She wants NeNe to be there but she’ll be in New York preparing for her role in Cinderella. It’s not lunch unless shade is thrown towards Cynthia, Kenya and Claudia. Claudia has been invited to the event since she is party of the Rickey Smiley show. Cynthia IS going to show up at this event to show support to Rickey and gets Derek J’s helps to get a new look. They decide on a long black wig for the even which is a departure for Claudia who prefers the more natural look. At the event things start off relatively calm. Claudia says all the right things on the red carpet. First Porshe ignores her. The two finally sit down to talk. You can never get sense from Porshe. Claudia just wants to be cordial because they owe it to Rickey. Nothing ever gets resolved with her because like NeNe she can never let anything go. It all ends in Porshe getting up and telling her to keep her name out of her mouth because that is how overgrown toddlers react to a disagreement. Will these two ever be able to be friends? Probably not if  “Claudell” actually happens.

It looks like things with Apollo really come to a head next week. What do you think is going to happen? Comment on that and what you thought of this weeks episode below. Don’t forget to check out our BRAVO page for all our recaps on all the Bravo shows plus Jon is reading you the ladies blogs and giving you his take on the weeks events. ALSO we are covering THE BACHELOR, CELEBRITY APPRENTICE and KING OF THE NERDS so check out their pages to keep up on what’s happening. Head over to AMAZON.COM to do all your Valentine’s Day shopping. You’ll get all the same great prices and it will also help us to continue to bring you coverage of all your favorite reality shows.