Briana and Ryan are in town and staying at Vicki’s house. Vicki shares she is closing in on her ten year plan to retire and hopes to maybe pass it onto one of her kids. Briana tells Ryan how she still feels uncomfortable in the house cause it has a different feeling now that Brooks lives there. We also hear from Briana that she had to find out thru a friend a video of Vicki bragging about Brooks moving in and her having not to Briana yet. They all enjoy a fun day at the Zoo. 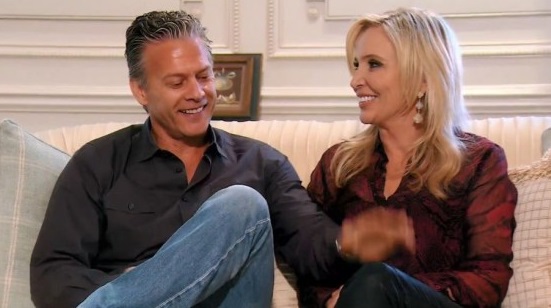 Shannon and David have another therapist session. Tina feels that they have made so much progress and Shannon tells her that she doesn’t think about the affair everyday anymore. During their session David makes a statement that he did feel like he could tell his mistress anything without upsetting her which of course upsets Shannon. Tina helps them walk through this situation and shows them how they can move past hurt feelings.

Heather, Shannon and Tamra meet up for lunch. Tamra right away announces that her and Eddie opened up a 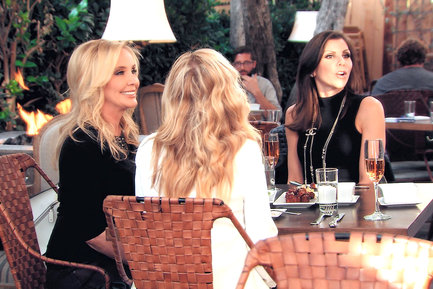 joint account finally. The girls bring up how they caught that an ingredient in Heather product was the same one that Brooks said he was using to cure his cancer. Heather laughs and tells them how she called that out to Vicki last time they spoke and Vicki changed the story. Tamra tells them that while Heather was out Vicki told her Brooks cancer had spread. Heather again is still so confused as to why they chose to show Tamra and not someone like Terry the medical document. Shannon shares how she is upset at the turn hers and Vicki friendship has gone. After her lunch with Vicki she received a text from her telling her that she was being nasty which she doesn’t agree with. Tamra tells them she is nervous to meet up with Briana cause she has so much doubt about Brooks again. Shannon finally breaks down and shares with the girls the details of David’s affair. 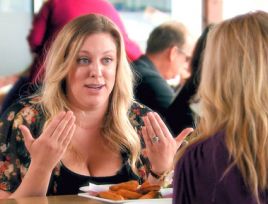 Tamra and Briana meet up for some food. They start off right away joking about tornado living. Briana tells us that she loves Tamra cause she is so blunt and honest. Tamra tells her that despite everything with Brooks that in this last year she has learned to let it go. Briana says she is happy for her but that nothing can ever happen that will change her mind about him. Briana also drops that when she first met Brooks he lied about having cancer and when she asked him questions about it he finally admitted it was something else all together. This information shocks Tamra and puts even more doubt in her head about him.

Vicki and Tamra go dress shopping for her baptism. They have a good sisters moment giggling and laughing as they look at dresses. Vicki tells Tamra how she wishes he was all better cause he feels better but that his test results show otherwise. Tamra tells her she is kinda upset cause Vicki has put in the middle of all the drama. Vicki tells her she is over it and haters are gonna hate.

It is baptism day and everyone is getting ready. Tamra is having her hair and makeup done when she gets a

hilarious call from Shannon. Shannon is getting a home colonic and thought of her. While doing her home colonic a piece broke off inside of her. Shannon panics while trying to figure out how to do an enema only to find out there was nothing there. While doing makeup Meghan calls Jim to tell him how Hailey bailed on her. Meghan has been feeling lonely since Jim travels back and forth for work. Jim tells her not to take it personal. Vicki is on her way and brought along her brother and his girlfriend while Brooks stays home.