Shannon and David have a little sit down with the twins over their teepee incident. They agree that the girls need to write the parents of the house that they teepee a letter. The girls immediately get upset cause its a boy from their schools house. Stella tells them that they are no fun and don’t understand what its like to be ten! Shannon says she knows how to have fun and Stella says “your fun at drinking” which upsets Shannon.

Meaghan and Jim have a sweet lunch date after not seeing each other for a little over three weeks. Jim asks how the girls trip in Tahiti went and Meagan tells Jim what Vicki had to say about Hayley’s lifestyle. Jim gets a little defensive and asked if he told her to mind her own business. Meagan explains how she stood up to Vicki but does agree on some levels that things need to change with Hayley. Jim pretty much tells her that she needs to back off Hayley a little bit. Meagan tells us how Jim is a more lay back parent. I feel as if Jim is letting her decide her future and when things don’t happen how she wants it will be life lessons.

Vicki and Brooks hangout when she gets home. Brooks asks how the trip was and Vicki said she got a little to drunk one night and jumped in the pool in her dress. She asks him how it was without her and he explains how he just went to a couple of doctor visits. He has decided now that he is for sure done with chemo and found a new doctor. This is apparently Brooks third time with the same cancer so he wants to do something different. 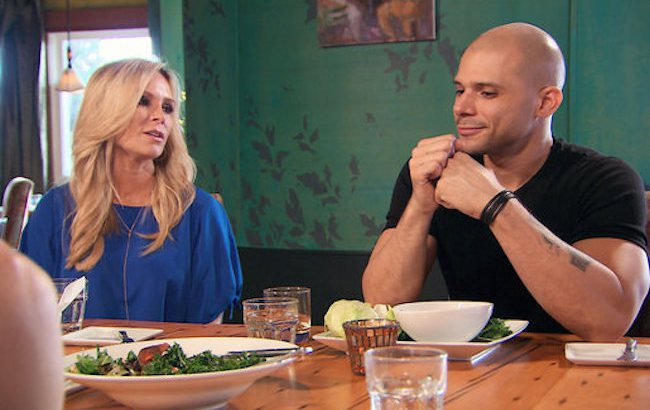 Heather, Meagan and Tamra meet up for lunch and little psychic fun! But before he arrive Tamra tells the girls how annoyed she was with Shannon “Shit stirrer” comment. We also learn that Tamra has never actually met Scott her psychic. Scott arrives and Heather is smitten by his good looks! Scott is a total hottie! He runs through all the girls with what he sees. Heather’s was her grandmother being there and her tight bond with Heather and her daughter. Meagan’s was that he say a baby by her and that she needs to loosen up. Tamra asks about Shannon since she just had an issue with her and he right away says no her problem is with Meagan. He then goes over about Vicki and he says she has a great heart but he doesn’t see it. The girls ask doesn’t see what and he says he doesn’t see cancer with Brooks. The girls are all in shock and Heather says she just can’t wrap her head around it! Meagan then tells the girls how she had an old coworker who lied about having cancer. 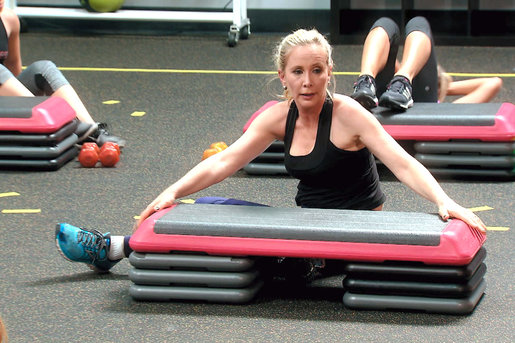 Tamra is hosting all the ladies to a little booty workout class that she came up with. Tamra has all the ladies in the class start out with a little run to warm up but Shannon can not run cause it will make her pee! The ladies begin and as Tamra says it “Shannon is a shit show” by the way she was performing. Heather seems to be doing the best of all the ladies. Once class is over the ladies are beat but Tamra has a birthday cake and sake for Brooks birthday. Brooks walk in to the surprise from Tamra and the all

have a drink. Brooks tells the group that he is quitting chemo and the ladies all seemed confused. This was also our first visual of Brooks drinking alcohol. Vicki and Brooks leave to get ready for the dinner that evening. Once they leave the ladies talk about Brooks cancer. Tamra asks if everyone notice how he said he had cancer then changed quickly to has! Shannon tells them how she doesn’t understand why he wont see her doctor. The girls say that Vicki told them that he has his medical records and should be able to which upsets Shannon. Then Meagan tells Shannon what the psychic said about Brooks not having cancer. 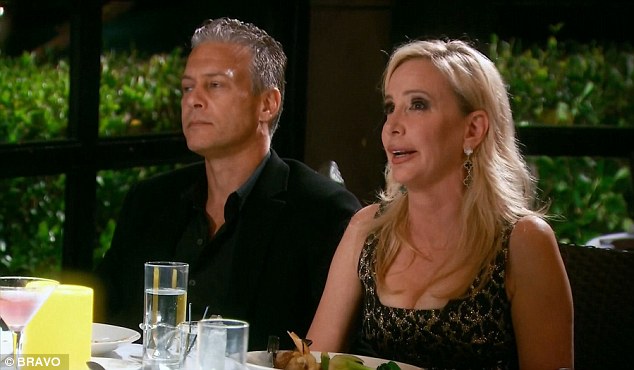 Its dinner time with Brooks/Vicki and Shannon/David for Brooks birthday. Everyone begins to order their drinks and to Shannon’s surprise Brooks order a cocktail. This begins to make Shannon lose it on the inside! Once finished eating Shannon takes Vicki to the restroom to tell her what happened earlier that day. She tries to warn her what was said and doesn’t want to hide anything from Vicki but she wasn’t having it. Vicki tells her if its negative she doesn’t want to hear it. But in Vicki style once back to the table 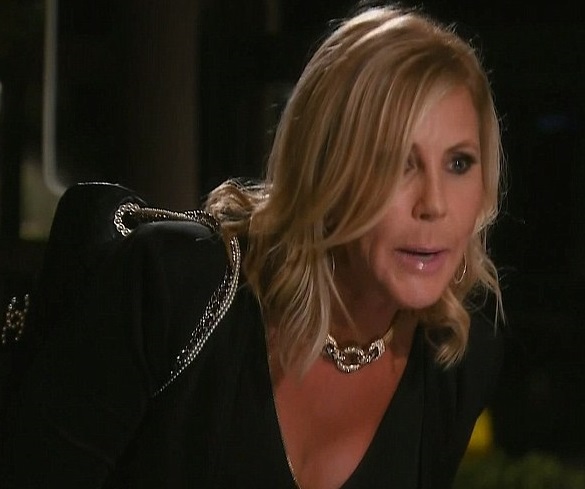