Erica won the Night at the Museum HOH competition. No one knew where her head may be for nominations. She, Liv and Ali with the endorsement of Kaela and Derek hatched a plan to potentially backdoor Veronica. Veronica set about to deny the hinky vote, but houseguests doubt her and bring this up to Erica through their conversations with her. There are several white room people that are sick of the Veronica Show and how she always tries to be the center of attention.

Erica invited Will for Wendy’s and asked him about Veronica. He indicated that she is a bit of a hindrance to his game because she always seems to follow him around. She says crude things that he can’t get behind. Speaking of behind, she tried to stick her finger in Will’s a few times, and he said about a week ago that she was ‘burnt’ as far as he was concerned. Erica determines from their conversation that getting rid of Veronica will help Will’s game.

For nominations, Erica promised Ryan that he wasn’t going on the block because she would’ve gotten 1 of the questions wrong without him helping her study. Erica put up Maddy and Merron. Maddy balled her eyes out after nominations, even though Erica gave both nominees the courtesy of knowing that they were going up. She told them both that it was because they talked the least amount of game with her of anyone in the house.

For the POV, Erica, Maddy, Merron, Liv, Ryan and Ali are the players. It involves spinning and rope. There were barf buckets just in case, but no one threw up. Erica wasn’t trying to win the POV, stopping to fix her ponytail multiple times and to tie her shoes, but she was too far ahead of anyone else and ended up with the win anyway. Now, the target on her back is growing as she has the most comp wins of the season, racking up 3 in 4 weeks. 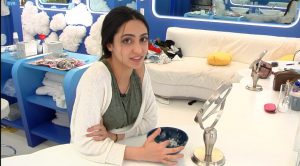 Paras enjoys talking to live feeders. She says that she is going to attach herself to every single pair in the house so that when 1 of them is evicted, she’ll then be in a pair. She doesn’t think that Maddy is good for her game because she talks game with everyone and may spill her secrets. She tells Maddy that she isn’t going to let her be voted out this week and talked to Erica about how annoying Veronica is in the white room. She stuffs cotton balls in her ears every night, so she doesn’t have to listen to her crudeness.

On Sunday, Erica told everyone that she didn’t want to talk game with anyone except for Merron and Maddy, and she told them that her door is open to them. Erica is playing coy with Maddy and Merron, even though she is planning to use the veto to backdoor Veronica. She told Maddy just before bed last night that she isn’t sure and probably isn’t using the veto, but as soon as Maddy left, Erica did a happy dance and said she can’t wait to use the POV and send Veronica home this week.

Erica, Johnny, Liv and Ali formed an alliance on Sunday night, and Erica let Johnny know about the plan to backdoor Veronica. Afterwards, she and Johnny talked about being the first gay final 2 in BB history. The discussed bringing in Maddy and Paras, and Johnny spent some time with Paras feeling out if she would be interested in linking up with them. She seemed excited. She sees the writing on the wall for the white room. 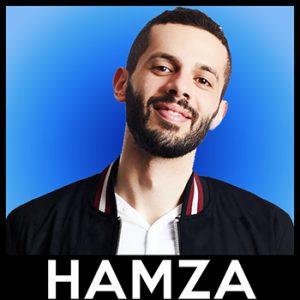 Just before bed on Sunday night, Hamza came to talk to Erica seeking assurance that Merron wouldn’t leave this week. She gave him the same line he said last week, telling him to trust the process. She said that Hamza is her dude, and Merron is his dude, so she isn’t letting him go home this week. Hamza has said that if either Will or Veronica end up on the block that he’s putting up the 2 biggest targets in the house next week. Does that mean he’d seek vengeance against Erica? Earlier, before noms, he talked about being in final 2 with her. 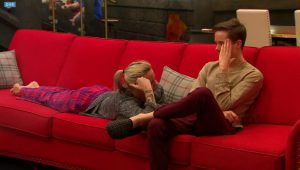 Veronica has made some stupid statements, even telling Kaela that Erica doesn’t have the guts to backdoor someone. For her speech, Erica is planning on saying something about Veronica being shady; she learned from Paras that Veronica would tell Jesse that she had his vote 150% last week, but when he left the room, she would say that she’s voting him out. Erica didn’t like that, and said she wished she knew that last week because Jesse is a good dude and deserved better than that. She was going to say, “I heard you say you think you’re the baddest bitch in the BBCAN house, but there’s only room for one.” She toned it down this morning because she didn’t want to step on Ika’s iconic line regarding Dre last season.  Feeds were down for over 3 ½ hours for the veto meeting. It’s time for #TeamFunFeeds after the ceremony. Veronica and Johnny are crying on the couches. Veronica is begging Erica to keep her this week and crying. Apparently, Erica had to put Veronica on the block 3 times during the ceremony for repeated takes. Wow–sucks to be V. LMAO.