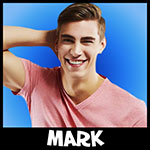 We finally see the drama that we missed before the live feeds came on with Mark’s lie about Cassandra. Mark said that Cassandra told him that Ika and Gary told him that the votes were flipping. It wasn’t the truth. Bruno initiated the vote flip, lied to Ika about it and then he just sat back on the sofa while the drama unfolded. Cassandra got Mark to admit that she was not the one that said Ika and Gary’s names. She had been Team Demetres all week long. 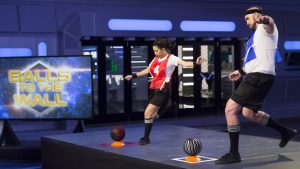 In the Balls to the Wall HOH competition, Karen hosted as “the annoying gym teacher,” and houseguests kicked a soccer ball covered in Velcro against a wall with hexagonal numbered sections. They were split into two teams and competed against each other knock-out style with the highest number advancing to round two. Karen was funny with her commentary, at one point calling out Sindy with “Sindy, that shot sucked with an S.” During round two, the 7 remaining houseguests kicked the balls until Demetres became the HOH. 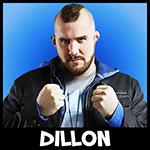 Instead of a letter, Demetres received a sweet video message from his family. What you didn’t see in the episode is over an hour of crying by Dillon because #DillonHasANiece. Seeing it on the live feeds versus the edit he received on the show was disappointing. 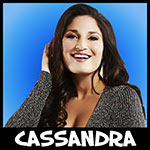 So many of the women in the house threw themselves at Demetry. At one point he had 4 in his bed. Ika quickly became his #1 with Cassandra as #2. On the feeds, Ika is being wishy-washy in her relationship with Cassandra, telling vets that she is Cassandra’s friend to get information, and throwing her under the bus to them regularly. However, there does seem to be genuine trust there, at least on Cassandra’s part. 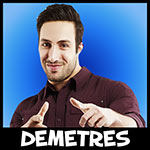 Demetres made it no secret that his target is Dillon, and he nominated Dillon and Emily, who is his closest ally and therefore, guilty by association.

Have nots for the week were selected by random draw and Ika, Sindy, Cassandra and Emily were the unlucky 4 relegated to The Hull which the houseguests refer to as the cave and were put on the drea 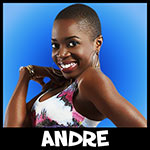 For the Veto competition, houseguests were given an opportunity to earn an advantage via an Oreo dunking contest. Veto players include Demetres, Emily, Dillon, Dre, Neda and Karen, and Dallas was the host. Players were tasked with coming up with the most entertaining way to dunk Oreos into milk while houseguests not playing in veto voted on a scale of 1-10 for each attempt. Dre won the advantage when she dunked her Oreo behind her back with her double-jointed shoulder blades. 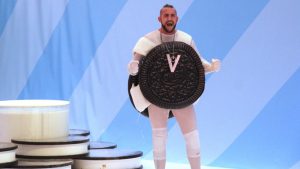 During the Oreo Dunk Veto Competition, houseguests were dressed in Oreo costumes. An elaborate flowing milk carton poured milk into a pool where houseguests had to dunk themselves in milk and fill up their costumes with as much as possible then run back to their milk glasses to squeeze out as much milk as possible. The object was to get a ping pong ball to float up high enough to grab it. Dre’s advantage was that she had a few liters of milk poured into her glass before the competition began. Though it was neck in neck between Demetres and Dillon, Dillon won $5,000 courtesy of Oreo’s and the Power of Veto. This threw Demetres a curve ball as to who to put up in Dillon’s place. 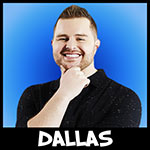 Emily and Dillon tried to get Karen put up as the replacement nom. Though Cassandra and Ika worked on Demetres to prevent him from putting Dallas on the block, Demetres ultimately decided to do so anyway. Dallas promised to distance himself from Dillon and that he would tell him in front of the house that Dillon was now his target for putting him in that position. At the POV Ceremony, Dallas stood up before Demetres named a replacement nominee and addressed the houseguests. He said, “Ladies and gentlemen, I just want to address the elephant inside this room. This week has been crazy, insane and borderline psychotic. There’s been a lot of uncertainty inside this house, but the one thing I am certain of if I’m a replacement nominee, I will use every fiber of my body, every bit of life I have inside to take myself off the block, win HOH and put up the man that put me in the position that I’m in—it’s actually not you, Demetres. It’s actually you, Dillon. Dillon, since I’ve been associated with you, you put a target on your closest ally and a target on my back. I’m looked at as untrustworthy. If I get an opportunity to get down, I will be David that takes down Goliath. I would just ask please do not be fooled. This is no smoke; this is no joke. This is the real deal, Holyfield. Pun intended, champ.” 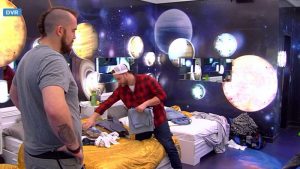 Boom goes the dynamite and Dilly-Dally is no more.
Dallas met with the vets to try and sway them back to his side with an impassioned plea that was met with crickets. There was little eye contact, Kevin folded his clothes and no one committed to save him. He then worked on newbies Jackie, Dre and William, who all seemed willing to keep him. He even tried to smooth things over with Karen, who felt she was stuck between a rock and a hard place with either of the nominees staying.

Thursday’s show picks up right after that explosive speech by Dallas. Dillon is pissed; they get into a heated argument with Dillon, who says he wouldn’t sell his friends out for $100K. His shoe collection is worth that much. (Bougie, much?) There was no way that the full extent of the fight could be edited into the TV show, but it was wild on the feeds. 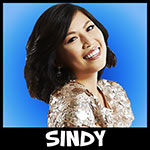 Sindy with S gets a dance scene all to herself, and she is delusional enough to believe that she’s a good dancer. I guess that’s what you get when your occupation is Beauty Queen.

Kevin is flirting with Willi 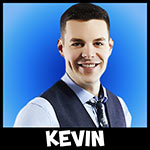 am he SAYS in his DR because he knows William has a crush on him and it’s strictly to win the game. Right, Kevin. You’re totally straight. Wink. 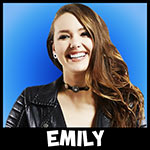 Emily tells Dre and Jackie that she has a diabolical plan and is going after Ika and Sindy. She tells Dillon to go pretend like he is fine with Dallas, like the fight never happened so that she can tell houseguests that the Dilly-Dally fight was fake and that they have a Final 2. Dallas is promising Karen that she is no longer his target, and to please keep him in the house. Karen questions Dallas on if the fight with Dillon was planned. He swears it was not.
Gary does Ika’s eyebrows and it looks like she has 2 caterpillars above her eyes.

In a nasty task, teams of 2 are paired up with 1 being the taster and the other being the blindfolded sniffer of their partner’s breath after they eat beets, sardines, boiled eggs and crickets. Yep, gross as it sounds. The pair that got the most foods correct got a dinner by the pool. Cassandra and Dre won.

Time for the vote:
Em

ily gives a generic speech.
Dallas on the other hand says, “It ain’t easy being big Deezy. I like to keep my grass cut short so he can see snakes as they slither, and Sindy is the biggest snake in the house. She sabotaged Mark’s game and she sabotaged my game. Please vote me out of this house this week so I don’t have to listen to one more hiss come from that snake because if I do, I’m going to drown myself in a bucket of slop.”

Dallas is evicted unanimously. His antics this week were feeds gold. I hate to see such an entertaining houseguest leave so early, especially through the scumbag backdoor.

The Young and The Reckless HOH competition begins, and we see a montage of the houseguests acting out a scripted soap opera. Then a true or false competition begins. We see the first few questions and are told to come back on Monday for the conclusion of the HOH comp.