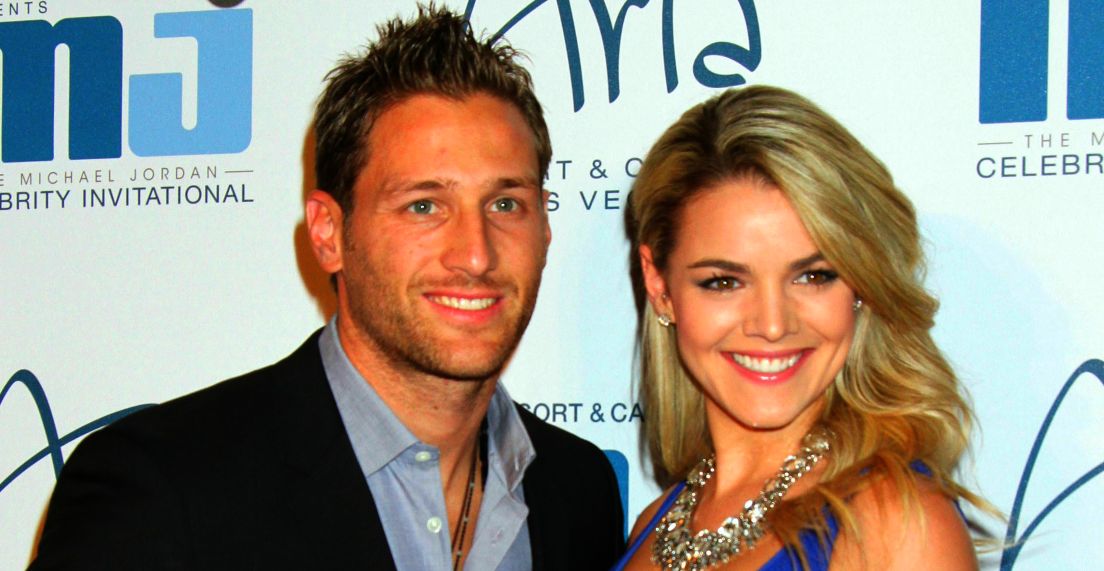 They are one of the most talked about couples in The Bachelor franchise, but not in a good way. Juan Pablo met Nikki Ferrell on season 18  of The Bachelor and the sparks between them were immediate. Nikki quickly became the girl to beat, but the end of the season wasn’t the romantic ending we had all dreamed of. Normally The Bachelor ends in an elaborate and romantic proposal, The Bachelor on one knee and the girl squealing with delight as he finally declares his love for her. While Juan Pablo ultimately chose Nikki as “the winner” of the season he decided he could not get down on one knee and propose marriage. Nor could he even say that he loved her. Instead she was left with “I like you a lot, will you be my girlfriend?” All us Bachelor fans recoiled in shock in horror and were even more shocked when Nikki said yes. The couple spent the next months defending their relationship, starting with After The Final Rose that aired right after the finale of The Bachelor. They both held strong to the story that they were happy and still in a relationship while rumors swirled that they were breaking up. No Bachelor fans were shocked to hear that they were going to be on the currently airing season of VH1’s Couple’s Therapy. Where we have learned that Juan Pablo has yet to tell Nikki that he loves her. Something tells me that Dr Jenn didn’t help them sort through their issues. This weekend the couple has joined the majority of The Bachelor/The Bachelorette couples in Splitsville! Taking to social media to announce the split in a 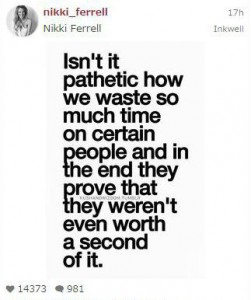 fashion. On October 26 Juan Pablo took to Twitter and  unfollowed and followed Nikki multiple times ending with an unfollow and a cryptic tweet about winning and losing in both Spanish and English. These tweets were amidst tweets about the World Series Game between the San Fransisco Giant and Kansas City Royals. Was Juan Pablo trying to t o throw us off the trail? Maybe it would have worked if Nikki herself hadn’t taken to Instagram posting a message about it being pathetic to wast so much time on someone when they prove in the end that they weren’t worth a second of it. Of course this has to do with Juan Pablo. Who else could it be?

Who here is shocked to hear of the split? Having blogged the show I was expecting it to happen like I do with all couples (Yes I’m a little jaded) But part of me thought the rush not to jump into an I love you and an engagement might have worked in their favor. I am shocked it happened so quickly. It hasn’t even been a year since the show wrapped up filming and just over 6 months since the season aired. I would have expected them to at least last until the next cycle of The Bachelor started. I guess these two won’t be giving Chris Soules any advice next season. I guess it’s better to stick with favorites Sean and Catherine, Ashley and JP and Trista and Ryan! Comment below and let us know what you thought of the split! We can’t wait to hear what you have to say.