Meghan and Jim are all moved into their rental property. They are staying here until they buy a new property in 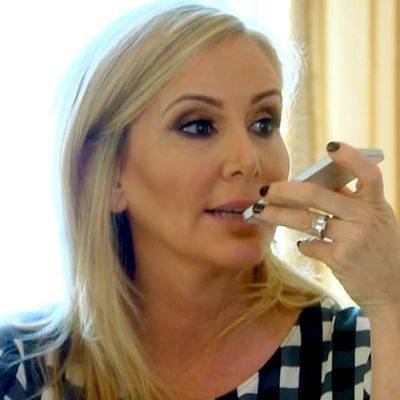 the OC. They edit this so perfectly as Meghan is telling us how she does everything but showing Jim doing things. While unpacking Meghan receives a phone call from Shannon inviting her to Bunko. Meghan bluntly tells her she is surprised that she called. Shannon calmly tells her she is offering an olive branch. Meghan tells her she needs to “PROVE” to her that she is moving on. This completely annoys Shannon but trying to be the bigger person says OK. A little while later though Shannon calls Meghan back and straight up tells her she didn’t like Meghan’s tone but told her she is still invited.

Vicki and Tamra have a Spa Day. They are connecting on a new level now that Tamra is going to become a Grandmother. Vicki is really hoping that this will soften Tamra’s heart. They end up going in this room where they have this white cream rubbed on their skin. Once it has settled in the ladies need to take showers to rinse it off. The ladies enjoy a good giggle from the whole odd experience! On the other side we have Heather taking the kids out to get hair cuts. She expresses how it has been hard lately cause the kids miss Terry. With Terry doing Botched now he sometimes goes days not seeing the kids since he leaves so early and comes home late.

Shannon is cooking in the kitchen when David arrives home. David oddly explains how he “ran into that girl we saw at the beach”. This statement makes Shannon’s face freeze having her think it was the mistress but once David explained better she realized it was an old friend. Shannon’s friend Kristina stops by to hangout and sees on her face something is up. Shannon explains what just happened and how she couldn’t say anything to David. She doesn’t want to call out David every time she is upset since they are working on things.

Heather heads into Terry’s office to have something removed from her hand. This whole scene is being filmed for

Botched and Heather makes a joke saying “Do I have to have something cut off to spend time together”. You can tell they have a great marriage and she is really missing him at home.

It is Bunko time and Shannon is getting all the last things ready for her guests. Meghan of course is the first to arrive and they greet each other. Right away Shannon makes a point to show Meghan the wine she is donating for Meghan’s last event she wasn’t 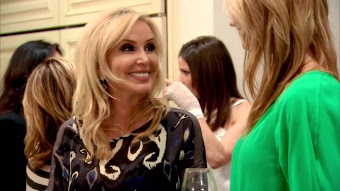 invited to. The rest the ladies begin to arrive and Vicki says that she is nervous since last Bunko didn’t go to well. Heather, Tamra and Meghan are chatting and we find out that Tamra never stopped selling houses. Tamra really wants to help Jim Edmonds buy a house! Ladies begin playing bunko and drinking having a great time. We get 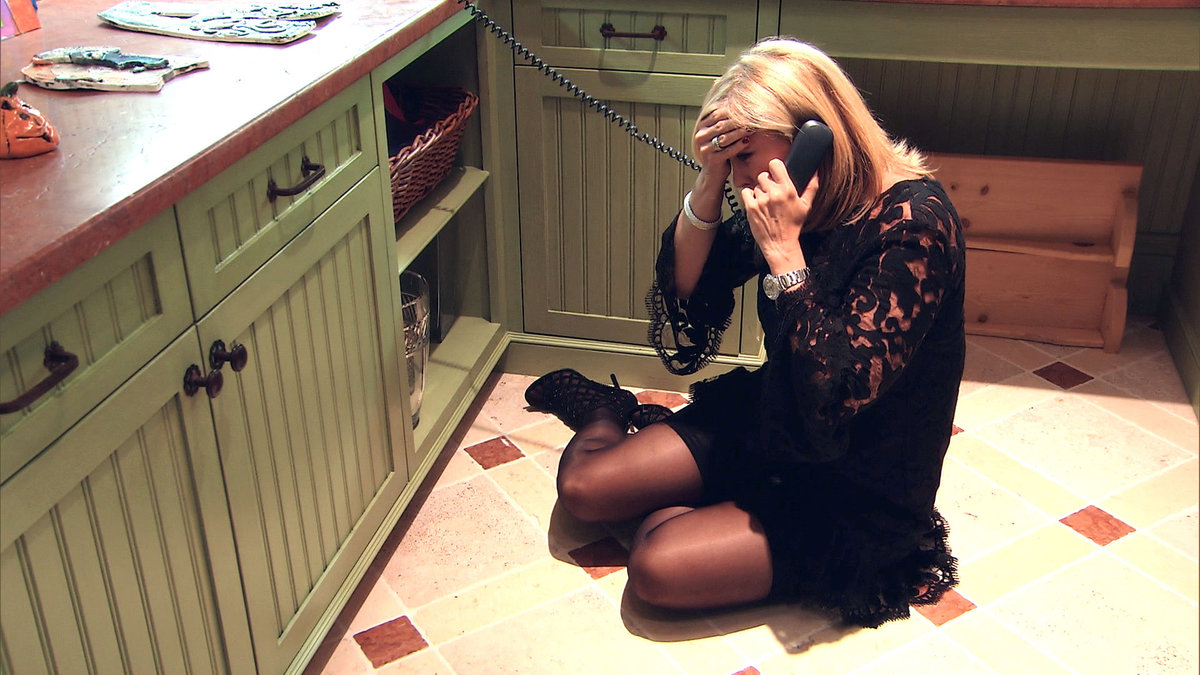 quick shots of the ladies enjoying themselves till Vicki steps out to make a phone call. Briana called to tell Vicki that her mom had passed away during her sleep. Vicki looses it immediately rightfully. She is extremely shocked since she had just talked to her mom that day!! They ladies hear her and come in to find out what happened. Heather runs out to call Brooks to come get her and take her home. As Heather says “no matter what they may fight but they are all friends”. They play a great montage of clips through the seasons of Vicki’s mother.

Will this sad death bring the ladies together? How long will this truce between Shannon and Meghan last? Also don’t forget to check out our BRAVO page where you will find all the latest recaps on RHOC and Jon’s weekly recap of All things Bravo with Princess Glammy. We are also covering Big Brother 17 Amazing Race Canada and King of the Nerds UK. Eric is also reading you the blogs of all cast from RHOC and interjecting his hilarious take on what happened during the shows. You won’t miss a thing Bravo related here at  Your Reality Recaps.