Lisa is having a hard time with Max this episode. We start off with her on the phone with him discussing his situation. He has left college and now is working at Pump. Lisa says it hurts that he is more motivated and that his first words were ” I can’t”. It is Ken and Lisa anniversary and Ken bought and set up several gorgeous arrangements of flowers around the house. Max shows up and they talk his future and goals with their business. He showed up in his girlfriends car to which he says he isn’t ensured on. As Ken goes in about how irresponsible that is he admits he hasn’t paid his car registration nor insured it. They feel Max isn’t taking it seriously from his smile and laughing but he insures his Mom that he wants to learn more.

Alexia is off to college which means Kyle is a mess again. She is going to school in Arizona while Kyle wishes she would stay more local. Kyle says “Spread your wings and fly..Fuck That!” pretty much sums up how she is feeling about this. They get a campus tour from Nikki a senior on campus. It’s a pretty awesome looking school and very spread out! Them having a bike service says to its size. Kyle wishes she had gone to college since she wanted to be a lawyer but can clearly see why he mother never pushed it on her! Farrah flies in to meet with the family from LA. She now goes to USC having transferred there after 2 years in NY. Kyle is really hoping that Alexia will follow suit and come closer after 2 years. Mauricio is extremely proud dad! He says he is proud and confident that Alexia will find her way. Kyle course looses it saying goodbye for the last time to Alexia before heading back to BH.

Yolanda and Bella are heading to New York! After a little time Yolanda finally found the perfect apartment for Bella. Yolanda is STILL blaming herself and feeling personally responsible for Bella DUI which happened over summer. Erik and the movers show up to the apartment with the furniture. Yolanda expresses how she is a “Do it yourselfer” while designing the place. Bella’s place turns out looking chic and clean thanks to momma bear’s ideas. Before leaving Bella gives Yolanda a card expressing how sorry she is for her DUI and will prove herself to her parents that she will be safe and smarter. Yolanda walks away feeling a lot after reading the card.

Brandi meets with her lawyer Ron to go over a letter she got from Eddie. Eddie is asking for over paid child support and spousal support money back. He claims to not be working and making nothing. Brandi is just so over this whole situation and really just hopes that one day th 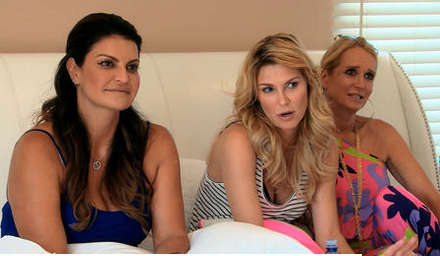 ere will be peace. She states why would she want Eddie to not do well…him doing well means her kids are happy and she gets more money! Peter, Mark, Jennifer and Kim all come over to Brandi’s house to watch Eddie and LeAnn new reality TV show. She says she is watching to see if the kids are on the show. To sum up how she felt from the show since we couldn’t hear or see it. Brandi says “I’m a character on their show because they say my name so many times”. She is a little upset over the amount of bashing they did of her and that they use the kids to promote their reality show. AND apparently Eddie is only giving Brandi a 1000 dollars a month, to which she says should buy groceries for a week.

Can we just say Eileen is looking gorgeous every episode. 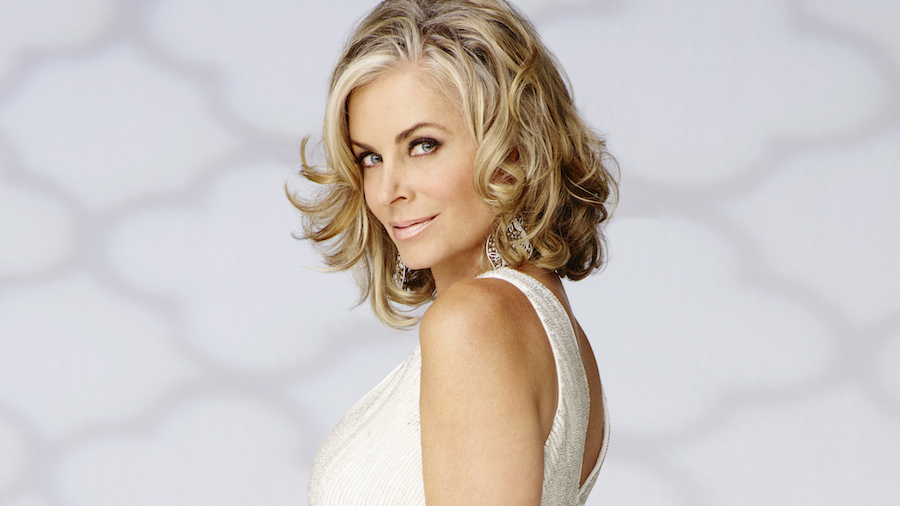 g a step mom. She says she had to earn  respect and love. It never is easy blending families she  states and that they went through all the normal things a  blended family goes through. Says she was always tough  but fair on all the boys. Duke is off to his last year in  college. Eileen and Vinny are so proud of him and say that  the boys are living a different life than them since they  didn’t go to school. As she is saying goodbye to Duke she says she is excited and thrilled for him.

Lisa Rinna is doing a movie with husband Harry. On her way to set Lisa is doing voice exercise and warm ups. Cause as she says she has to warm those lips up! Once to set she meets up with Director Adam and Produce Penn for hair and make-up. She is very excited to be there and they set up for a table reading. She laughs trying to describe how she is going to be playing herself in the movie who is married to Harry Hamilin even tho she really is. Later that day she meets with Ali a  jewelery party consultant. Lisa is going to host a jewelery party for a Cancer foundation being as her sister and mother are both cancer survivors. They look at some new pieces they will have at the show andhow many guest to invite. Everything went smoothly except for the unexpected guest to show up…a bee which wouldn’t leave her alone. lol

Who do you think handled sending their kid off to college the best? And will Max get it together before season end? Be sure to check out Jon’s audio blogs for RHOBH, RHOA and Vanderpump Rules and Tyler is blogging RHOA and Vanderpump rules. You can find ALL our Bravo coverage at yourrealityrecaps.com/bravo