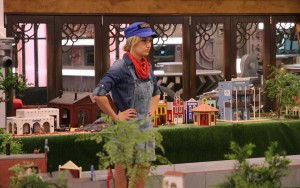 What a week it’s been. Sorry there were no episode recaps, getting ready for our finale coverage kept me so busy! But what a week it was. After Brittnee breaking the tie and sending Pili to jury, we are left with a very tough bunch of competitors. Brittnee, having been the pawn turned queen many time over, spending half the season on slop and evicting pretty much every big guy on her HOH’s. Sarah, our feisty, fast talking manipulator, Ashleigh the last remaining Diaper in the house winning back to back vetos and an HOH and our sleeping giant Godfrey. Who is guaranteed their final three spot. In a quiz guessing which former house guest said what Sarah was the winner. She nominated Godfrey and Ashleigh.  Ashleigh came out of nowhere to win yet another veto. Her third in a row. While she may have hidden behind Zach and the rest of her Diaper Gang she is now proving she can hold her own. Of course she pulls herself off the block and Brittnee has no choice but to replace her. Ashleigh returns the favor of being split by Pili and sends Brittnee to the jury house. 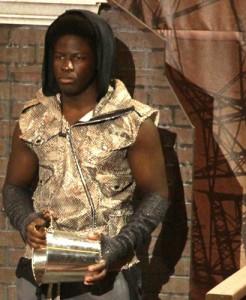 Now it’s an epic battle for THE MOST important HOH of the season. It’s a three-part battle royale starting out with endurance. It’s grueling battle in the BBCAN3 waste land. Fighting tooth and nail not to run out of sand facing sand being thrown at them running up and down stairs. Ashleigh wants to give up but Sarah encourages her.  Sarah is first eliminated. Godfrey pulls out the win and can rest easy til finale night. The next challenge is mental and the girls battle it out to connect events and people in the quickest time.  In an insane time of 4 min and 21 second Ashleigh wins the round. Sarah now needs to work her charm on the both of them to get herself into the final two. 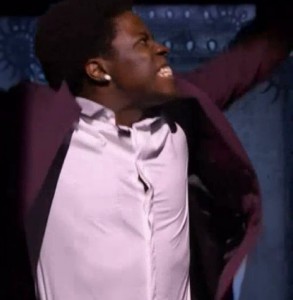 Finally at finale night. It was so amazing to be able to watch this play out for the second year in a row. This time sitting beside Jon and getting to do all the interviews with both Eric and Jon. The atmosphere was electric in that studio. As Godfrey and Ashleigh battle it out for the finale HOH we are all on the edge of our seats.Another  A or B  quiz based the jury members. It looks like Godfrey will take it, then Ashleigh catches up. Sudden death, with no result. We go to the chalk boards. Answering the question of How many hours was Sindy in the house her second time. I wanted Godfrey, Jon wanted Ashleigh to win we were on pins and needles. Godfrey takes his first HOH crown that night! With such an epic decision to be made we all wondered will it be Sarah or Ashleigh. Both girls are equally deserving in different ways. Godfrey stays true to his hatred of the show mance and chooses Sarah to go to the final 2 with him. The jury is shocked to see Ashleigh walk out on that stage once they were all in place. The questions this year were a little off 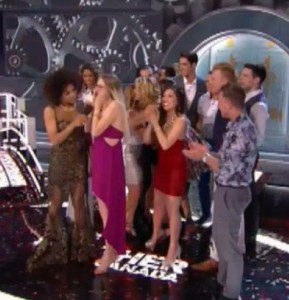 balance. The majority going to Sarah. Jordan had the funniest intro of the night.. My question is for the lady pleasah………Sarah! The whole audience erupts in laughter and even Godfrey can’t contain a smile. Both answer their questions with grace and dignity, never throwing each other under the bus, just explaining their games the best they could. Sarah’s was to use her weaknesses to her advantage, be cutthroat, form connections with everyone and to just never shut up. Godfrey’s game was to be a lone wolf, to develope friendships and not alliances, win if he had to but stay true to himself. After the jury casts their votes, Arisa drops the bomb that one of them will make the walk of shame across the bridge and join the pre jury 4.  Poor Jordan got evicted the week his closest ally was HOH, broke up with his showmance in jury house and is now left to sit in prejury. His vote for Sarah is now invalid. Finally we get to announce the winner and by a vote of 7-2 SARAH IS THE WINNER OF BBCAN3! 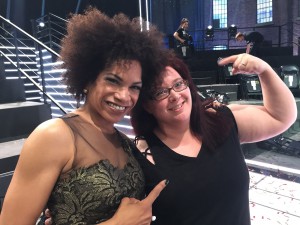 I am so proud of her I can’t even express it. This girl fought tooth and nail to stay in that house. She was a fan favorite which is why her and Brittnee earned the right to compete for the special veto. When she ran out of the house even if you weren’t a Sarah fan you couldn’t contain your excitement. Pure joy was all over her face then she saw her mom and her partner Scott and she begins to cry. She is mobbed by her former house guests. Does Godfrey regret taking Sarah? Not at all. He is as proud of her as everyone else and feels she deserves the win and to represent Season 3.  Jon, Eric and I got to hang out that night and interview Arisa who, if you follow me on twitter, know I absolutely adore. She is a huge part of making Big Brother Canada as amazing as it is. She truly loves the game, the contestant and the fans. Yes I fan geeked out I won’t lie. We took some fun pictures of the stage and me with the voting gear! It was amazing. 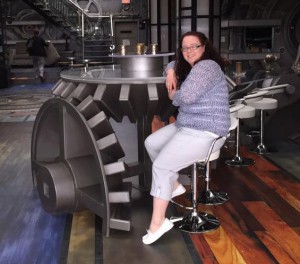 Then we get to go to the backyard to interview the final three. I was in the Big Brother house! A dream come true. But more amazing than that was the final three themselves. Ashleigh is a sweet heart. I fell in love with Godfrey that night. What an amazing and humble man. He can’t be more excited for Sarah, and not at all remorseful that he didn’t win. Then there is Sarah bouncing in with incredible energy, giving us hugs and feeling on top of the world. Check out our Finale night pictures and videos here! It was quick that night but we got to go back the next day and talk more in-depth with all of them that video footage will be up this weekend but I’ll give you sneak peek on pictures below! This whole cast is super fun and so nice. The coolest part was just walking around the house. Looking at where they sat and ate and slept and even went to the bathroom. I didn’t get too close a look at the toilet LOL. I sat in the diary room with Eric. What shocked me most about the house was how small it really was.  How did 16 people live in such close quarters without killing each other I don’t know. The illusion of TV makes it seem so big and vast it was crazy to see it in real life. I really did have the time of my life these last two days and am so grateful for both Jon and Eric for allowing my dream to come true.

If you missed anything this season and need to catch up you can check out all our coverage this season HERE! We have blogs, recaps and exit interviews with all the cast. You won’t miss anything Big Brother Canada here at Your Reality Recaps. It was such a pleasure to cover this season for you along with Jon Richardson. We can’t wait for Season 4 to begin! To see these images full size you just need to click on them! See you next season! 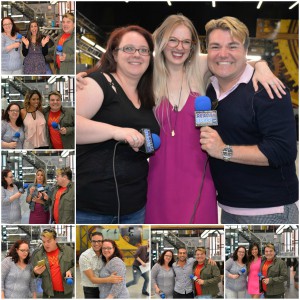 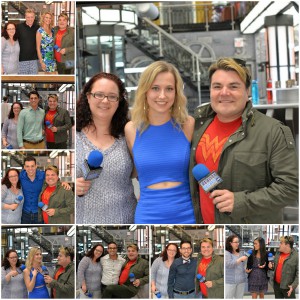 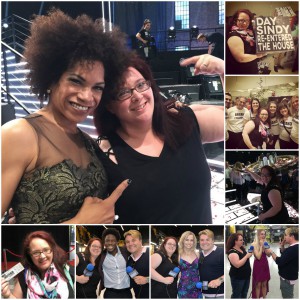