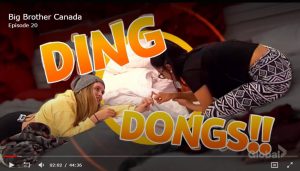 Arisa reminds us that Johnny or Ryan will be the first member of jury. The week is recapped at the top of the show with an emphasis on the Ding Dongs working to save Johnny. (I’m so glad they got on board with saving Johnny; he’s the best houseguest left for #TeamFunFeeds.)

Picking up after the POV ceremony, Derek tells Kaela that he wants Johnny to go, and he thinks he has the votes to make that happen. He knows that Liv and Ali are pushing for Johnny to stay, but they think that Paras, Maddy and maybe Will should vote Johnny out. They say that if they flip and Ryan goes home this week, it means that they are alone in the game. Pretty much. 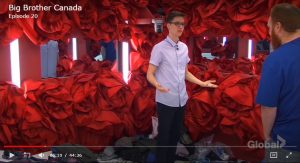 Ryan approaches Johnny and jokes that their smear campaigns begin. He’s joking and says that’s not how he goes about things. Johnny says to Ryan’s face that he won’t smear him, but in DR Johnny that he played the ‘sad puppy’ strategy at the beginning of the game and now they’re going to see a bulldog. I like spicy Johnny. In DR, he says that the Johnny Zombie Apocalypse will happen. 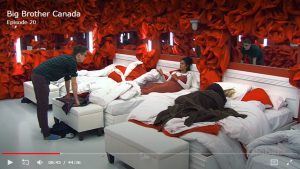 Liv and Ali want to keep Johnny this week to go after Daela. Liv lets Johnny know how he thinks he should campaign to Will and Paras. They tell him that right now, his chances are 50/50. Ali stresses that Johnny has to get Will and Paras’ votes in order to stay.

Ryan talks to Paras by the pool table, and he gives her the analogy of how BB is like pool with 15 other balls and only being able to focus on sinking one at a time. He reminds her it’ll be 4/4 again when Johnny leaves. 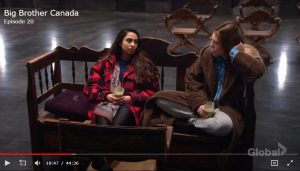 Liv talks to Paras explaining that it’ll be the 4th time that Ryan has escaped the block, which makes for a great resume if he makes it to final 2. In DR, Liv says you have to campaign subtly Paras because she shuts down immediately if she thinks you’re pushing your agenda. She points out that she doesn’t want to give Daela what they want by sending Johnny home, and Johnny will go after Daela if he stays. After they talk, Paras says to the camera that she’s not keeping Johnny. 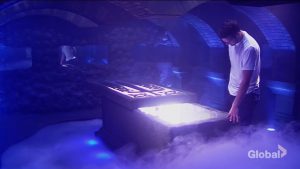 Will comes across the scary catacombs, and we are finally going to learn what’s inside the tomb. Will fumbles around, and you just know that production had to tell him how to open the tomb. He slides it open, and there’s the mummy of Marsha the Moose. She has a secret mission for Will. He has 1 hour to screech-in the whole house. Meanwhile, the houseguests find a clue that Will is being given a secret mission right now, and the houseguests must make him it. Screech-in is a Newfoundland tradition that involves taking a shot and kissing a cod after saying: “Long may your big jig draw.” (I looked it up; they cleaned up the phrase for TV. When the Newfoundlanders ask, “Are you a screecher?” The response is supposed to be, “Deed I is, ye ol’ cock. Long may your big jig draw.”) 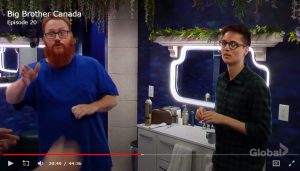 The hilarious part of this is watching how worked up Will gets. All the girls complain about how bad the fish smells. Slowly he screeches-in the houseguests, while they continuously intentionally screw up the response and stall for time. Only Ali and Ryan are left and they’re hiding from Will; Ali even pretends that she’s pooping. He finally gets Ali. Ryan gets all pissy with Will, saying that his game is on the line, and he doesn’t have time to do this right now. Time runs out. Poor Will has to go tell Mummified Marsha that he failed his task because of stupid “Red Beard.” Marsha says she can’t understand what he’s saying. Join the club Marsha. I like the alive version of Marsha better, but I guess they gave her a crypt last year when the show was cancelled. Bring back the fun Marsha with boas and hats! 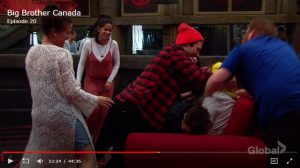 Will informs the houseguests that he was on a secret task, and because he failed, the houseguests are all on slop for the rest of the season. Ali pulls out her acting skills and has a full on screaming fit about the slop. She calls out Ryan for making them fail; then she reveals to Will that they were given a secret task to make him fail, and now they all get a Newfoundland party to celebrate. 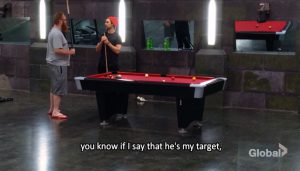 Okay. Thanks for the giggles. However, that edit took so long that we didn’t get to see how hard Johnny worked trying to flip the house. Derek assures Ryan that he doesn’t think that Johnny will be able to get 3 votes, but if he does, Ryan knows where he stands on evicting Johnny. He says he’ll put his HOH foot down to get people to vote unanimously to evict Johnny. Good luck with that, douchebag. 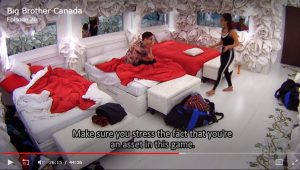 Ali coaches Johnny on campaigning to Will. She tells him to say that he’s an asset in this game when there are still 2 duos. In DR, she says that she needs Johnny to pull this one out. Maddy interrupts their conversation, which is essentially Maddy’s sole game move all season. It’s driving the houseguests nuts on feeds. 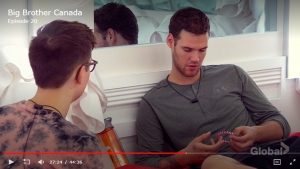 Johnny campaigns to Will. Johnny says that Ryan has slandered him. He tells him that Daela has deals with everyone all over the house. He may think that they have his back, but they are aligned with every group. He explains that they can turn to any group and be safe, whether that’s Ali and Liv or Will, Paras and Maddy. Will asks Ali if they have a deal with Daela, which she confirms they are making Ali and Liv feel quite comfortable. Johnny asks if they are just handing them the game on a silver platter. Will asks if he’ll be Johnny’s #1 and says he’ll talk to Paras for Johnny. 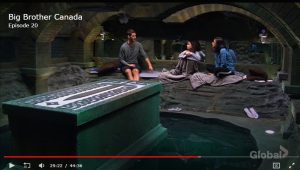 Will is talking to Paras about keep Johnny, and Ali joins them. He tells them that he thinks it’s best for all their games moving forward if they keep Johnny. Paras counters that Ryan is a number for them. Will gets frustrated with Paras’ resistance and goes for a smoke. Ali acts like she’s still 50/50 on who to keep. 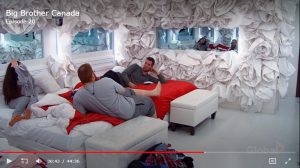 Will and Paras talk to Ryan. Will says that Ryan hasn’t bothered to campaign to him this week. Will questions his loyalty after Ryan voted against him last week and thinks he would put him up if he were to win HOH. Ryan says that he’s always been about the white room and would never put them up until there were no others left. Paras says that she believes him after he leaves the room. 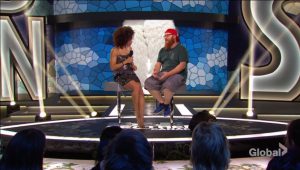 Arisa lets the houseguests know that the evicted houseguests aren’t done with them yet. Nope, it’s not a buy-back; she shows them messages from the 7 evictees. Then she informs them that tonight’s evictee will be the first member of jury. Johnny says that BB is sometimes and beautiful dream and sometimes a nightmare and he wants to stay in this dreamy nightmare. He asks them to vote to save Johnny. Ryan says that if he is the first member of jury, he wants them to own their games, moves and most importantly, their lies. He hugs Johnny and the suit of armor, saying it’s the only guy that had his back. As he leaves, he again emphasizes that they should own their lies. When he’s interviewed by Arisa, he thanks Canada for saving him, but apologizes for only making their save last 7 more days. 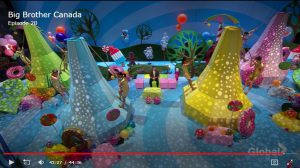 The Slippery Slope HOH competition begins. It’s a candy inspired endurance competition. We see the first 2 minutes of it, and the remainder will be shown on Monday, but you don’t have to wait to find out who the new HOH is, the nominees, POV winner and replacement nominee. Be on the lookout for my spoilers blog coming on Monday evening. It’s going to be a juicy one!