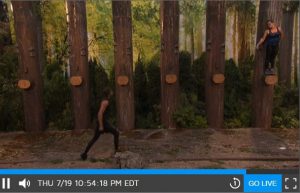 One of the bros was going home, either Winston or Brett. Brett set Rockstar on fire with his speech saying that Rockstar pulled him aside to say that she was flipping her vote for him to stay to blame it on Kaitlyn. More on that in a moment…it was straight to the first endurance comp for the houseguests. The endurance comp had each houseguest perched on a tree that leaned forward and back while it rained, and bird poop was shot at them. The last 2 houseguests were Sam and Tyler, with Sam yelling at Tyler to fucking jump, promising him that he’s not going on the block. Tyler jumps, and Sam pulls out her first HOH win with Out on a Limb.

Scottie, Rockstar, Fessie and Haleigh are trying to figure out which people flipped on them. Haleigh swears to Rockstar that she didn’t flip. Rockstar believes her. She now believes that either Kaitlyn, JC or Tyler flipped. That side of the house has been surprised by the eviction votes every week, and they are sick of it. They thought it may be a unanimous vote to send Brett out. Brett staying was their worst-case scenario, and Fessie doesn’t know who he can trust. With Tyler and JC both denying voting for Brett to stay, they think 2 people possibly flipped on them. Excellent gameplay by Brett.

When Sam reveals her HOH room, she tells everyone that she already knows what she’s doing, so she doesn’t need to do 1 on 1’s with them, and no one can be in her HOH room unless she invites them. Haleigh and Kaitlyn know that they are in trouble. 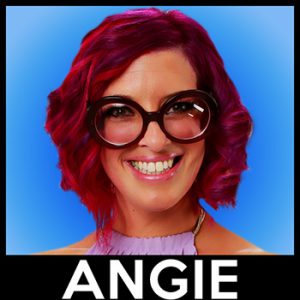 Rockstar fumes until she works herself up to boil to the point of deciding to beat on a pan with metal spoon and parades into the Have Not room where Brett, Tyler and Angela are laying in their bed. She makes up a cheer about him, calling him her best friend and secret showmance, jumping into his lap while aggressively beating the pan at him. He tells her calmly to get off him several times, maintaining his cool. She looks like a bully, and Brett points out she’s setting a bad example for her kids.

At the nomination ceremony, Sam nominates Kaitlyn and Haleigh. She calls both ladies out for being affectionate with multiple guys, which is the opposite of female empowerment. She pointed out that some of the guys may not want that (i.e. Kaitlyn hanging on Tyler and Fessie). Tyler wants Kaitlyn gone because she’s so needy and is messing up his game. 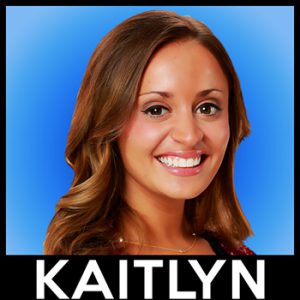 Sam explained her nomination speech to both ladies. She asked Kaitlyn if she’s considered how her hanging on guys all the time makes other people feel. Kaitlyn abruptly says that Sam is her sister, and she forgives her. Except…Sam didn’t apologize. Haleigh explains that she is humiliated that her family will see Sam’s speech; girl, they’ve already seen you laying with Fessie, Brett, Tyler and sleeping in HOH with Scottie. Sam is just the first person to verbalize it. 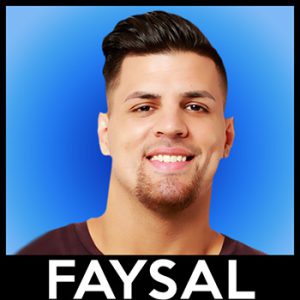 For the POV, the players are Sam, Kaitlyn, Haleigh, Rockstar, JC and Fessie. Sam says that she’s going to tell whoever wins the veto to do what they want with it. She told Tyler she has the perfect nominee to put up if either comes down, but she wants Kaitlyn to go home. Once the nominations are locked, she is going to tell the nominees that she saved her power for this week so that whoever is evicted will have the chance to come back into the game. Fessie doesn’t want to win the POV because his 2 best girl friends are on the block (and he has a major hard-on for Haleigh). Yet, because he can’t stop himself from winning “as a competitor,” he wins it anyway. At least he’ll get a couple of days of attention from Haleigh until the POV meeting.

Kaitlyn immediately starts crying and begging him to use the POV on her. She’s pathetic. She keeps reminding him of their Day 1 ‘alliance,’ which Twitterverse thinks is code for hooking up with Fessie pre-feeds. Fessie said on feeds that he could ruin Kaitlyn’s life. Add that with houseguests gossiping on feeds that Kaitlyn said she never felt about anyone how she feels about Fessie, their ‘caressing’ in bed before feeds and her telling Tyler she’d drop ‘everything for him,’ and it’s no wonder her boyfriend publicly broke up with her and rescinded his release to CBS, so the feeds switch every time she mentions him and his picture was blurred in her HOH room. 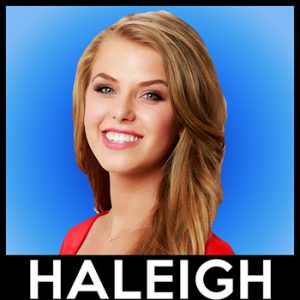 Haleigh is a bit subtler in her approach to get Fessie to use the POV, and he tells her he’s using it on her. Unfortunately, JC rang the doorbell to the HOH room incessantly while Tyler and Sam talked about Fessie using the POV just as she was telling him who she may nominate in Haleigh’s place. We’ll find out Monday after the POV meeting.

LATE BREAKING: Fessie is considering not using the POV on either lady because the consensus he’s getting is that Kaitlyn would go home. Will he trust that considering being on the wrong side of the last 3 eviction votes? Or think with the wrong head? My bet is wrong head.