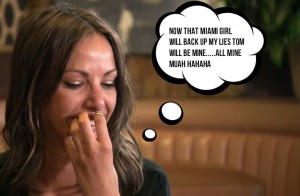 This is the episode we’ve all been waiting for. Miami girl AnneMarie is in LA and Kristin is giddy with excitement. The meet up for drink to discuss everything. She gives Kristin some story about how they met at pool and he said he was single. The talked for hours and hours and had such a connection. Fueling Kristins psycho fire she also tells her that she thinks Tom still loves her because all he could say was Kristin this, and Kristin that. So now Kristin is even more hell-bent on breaking up Tom and Ariana if that could even be possible. During this conversation I just kept thinking this is all a set up. Kristin has somehow found someone just as psycho if not more psycho than her to believe the stuff she is putting in her head. They make plans to have drinks at SUR and confront Tom.

In the meantime Tom and Katie meet up to talk about her talk with Stassi. Katie will leave the door open for Stassi to be her friend but it’s Stassi’s move. I like Tom and Katie together but that baby talk has to stop. Talk like grown ups please you are in your 30’s. Later that night Tom and Jax meet up for drinks. Jax knows something is happening because Kristin and Rachel have been texting him non stop. The boys are just glad for once to not be in the middle of it.

Now to the juice. Kristin and Rachel are at SUR waiting for AnneMarie to arrive. Tom and Ariana arrive for their shift  and all is calm til AnneMarie walks in and goes right up to the bar. Tom ignores the girl and bolts. Without a word even being said Tom is out of the restaurant and through the parking lot. Ariana follows suit as does the 3 girls who are pretty much chasing Ariana 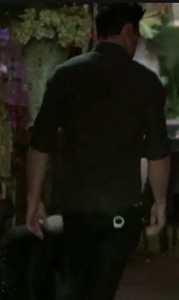 through the parking lot. Tom and Ariana meet up and hop into a Uber and get the hell out of the firestorm. This, and I kind of have to agree with Kristin, makes Kristin think that Tom is guilty of all the charges. Why would he run if he isn’t? It’s the question on everyone’s mind but Ariana’s. I do get it on some level. This girl is insane. She flew 3000 miles to confront a guy about a one night stand, that probably didn’t happen. Everyone files back into the restaurant where Sheana is now pissed right off that A- Kristin brought this girl here to upset Ariana which will in turn screw up her wedding in a week and B- Kristin didn’t tell her it was happening. OF COURSE Kristin didn’t tell you Sheana……you being Ariana’s best friend would have told her and everything would have been ruined! This fight escalates quickly and Diana the manager gets involved. While Sheana listens to Diana, Kristin on the other hand tells her to F off and Suck a dick. Diana ends up kicking them out of the restaurant. 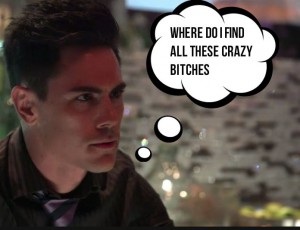 Lisa shows up at SUR to check up on things. Diana asks to talk to her and when she tells Lisa it’s about Kristin she takes her aside right away. Diana tells her what went on earlier. Lisa is livid at Kristin for being so bitchy and at Tom and Ariana for leaving their posts. She gives Peter a bit of grief for allowing them to leave and 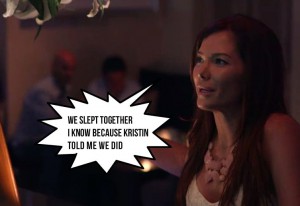 calls Tom who says he is on the way back to the restaurant. The both arrive and go back to work and AnneMarie shows up again. This time Tom stays put and tries to reason with her. We all know there is no reasoning with crazy. She says they slept together, he says they 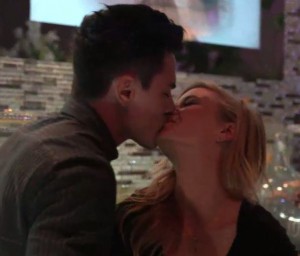 didn’t. Neither wants to back down. He doesn’t understand what she wants from this. He regrets speaking to her and she thinks if she says “We had sex” enough it will somehow make it true.Ariana gets involved shuts the girl down and Ali the security guy is called and she is escorted out of the restaurant, still screaming Tom slept with her and he has a 4 inch penis. With all Kristin’s efforts to break this couple up they are rock solid and Ariana and Tom kiss it out and go back to their posts. Ariana hit the nail on the  head when she said that Tom thought he closed everything with Kristin, but Kristin heard “you’re saying there’s a chance” This girl being allowed back in the restaurant just goes to prove to me again that this is all set up. Everyone saw this girl the first time, she should have never been allowed back, but we need our confrontation so they had to let her back in. 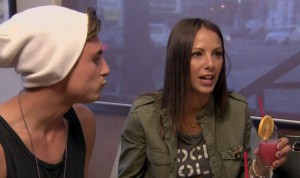 The next day Sheana is in the studio with James recording her new song and Kristin is there for the ride. Sheana doesn’t want to look at her but the two do discuss the fact that Sheana was thinking about uninviting her to the wedding. Kristin promises not to act up and the two make up for now. Kristin and Tom have dinner with Jax and Carmen and Kristin gives him the scoop on what happened. James is backing Kristin even though he thinks her obsession is crazy and needs to stop. When is enough going to be enought for James?  Back at SUR Lisa is talking to Tom and Ariana. The only thing in their favor at this point is they returned to work. Tom thought he was doing the right thing leaving the restaurant to avoid a scene. Lisa is sympathetic to the situation but her business comes first and it’s not acceptable to leave the bar unless it’s on fire! Tom apologizes and Lisa is good with him. Ariana gets the same speech but on a personal note wonders why she isn’t questioning if Tom is telling her the truth. Ariana calling her ‘dude’ didn’t work in her favor either but all is forgiven for now.

Is this the straw that finally breaks Lisa’s back? Is this what gets Kristin fired for good or are we looking at another suspension? Comment below and let me know what you thought of the how Miami Girl confrontation. Is it for real or all just a set up for the show. Don’t forget to check out our BRAVO page for all our recaps on all the Bravo shows plus Jon is reading you the casts blogs and giving you his take on the weeks events. ALSO we are covering THE BACHELOR, CELEBRITY APPRENTICE and KING OF THE NERDS so check out their pages to keep up on what’s happening. Head over to AMAZON.COM to do all your Valentine’s Day shopping. You’ll get all the same great prices and it will also help us to continue to bring you coverage of all your favorite reality shows.