Everyone is back from Puerto Rico and settling back into real life. Both NeNe and Cynthia are rehashing the events to their husbands. It was hilarious to watch NeNe spin the events to make it look like she was all innocent and sweet. I think Gregg did think NeNe was a little off in some of her remarks (the clit comment especially) when he said NaNa came out in Puerto Rico. NaNa is out 98% of the time in my opinion! Peter loves that Claudia gave NeNe a good read. It has become clear to Cynthia that her and NeNe are NEVER going to be friends again and with that realization she burns the friendship contract that both her and NeNe signed. 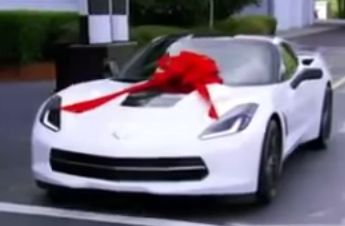 Kandi and Todd are still preparing for their A Mother’s Love tour but are making time to find out why Kandi hasn’t gotten pregnant yet. Kandi has gotten the all clear but now it’s Todd’s turned to be tested and he is brought to the masturbatorium to deposit a sample. Kandi and Todd then talk to both their kids about having a baby. Kayla is on board but 11-year-old Riley doesn’t seem that into it. They also want the girls to hang out more together. Riley seems to be a little standoffish to Kayla and they want the girls to be closer. Kandi also gives Todd a belated birthday present. A brand new, white CORVETTE. Todd didn’t seem to be too excited about it. Maybe it was shock and surprise that caught him off guard. 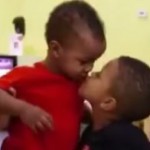 Phaedra is busy working in Derek J’s hair burglar case, and Apollo has finally received his papers on where and when to appear for jail. She talks with her mom about how to prepare the boys. Apollo spends time with the kids taking them out for some ice cream after school and treads ever so lightly into the territory of what would you do if I wasn’t around. Ayden is the cutest little thing on the planet and said he would go visit him and never leave. I think I actually saw Apollo’s heart-break. When Apollo tells Ayden that he loves him he screams “I knew it” Personally I can’t stand Phaedra but those boys…..they steal my heart every time they make an appearance. I know Apollo did some bad things but I do feel bad that he’s going to be separated from his kids. Should he have been around more these last weeks before he goes away defiantly! But I wouldn’t want to deal with Phaedra either! 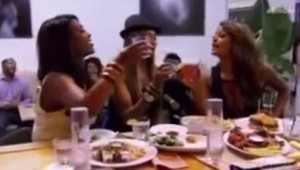 The biggest story of the episode is the opening of Peter’s new bar in Charlotte called Sports One.  Cynthia invited all the girls. Only Kenya and Claudia accepted and I’m kind of glad. The three girls had an old-fashioned road trip and I loved watching the three of them. They all pile into a Yukon for the 3 hours drive and they are all acting like teenagers. It was so great to see them just relax and have fun and really behave like teenagers with no drama to spoil the fun. Phaedra was a maybe for the trip so Cynthia calls her to see what’s up. Apparently she forgot she had a dentists appointment and bible study so she is staying home. Kenya (I love her) bounces up and hangs up the phone. OMG Cynthia as  WTF! and had to call her back. They stop at a 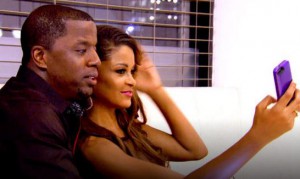 chick-filet and order a ton of food. Kenya is mooning people and twirling out the sun roof. All of these shenanigans make them late. First they have to get Claudia ready because they trying to get her hooked up with someone/anyone on this trip. At this point they are three hours late and Peter is not at all happy. Cynthia hurries up and gets ready and the girls follow her. The opening was a success and Cynthia was able to mingle and meet the people Peter wanted her to meet. We also learn that Porshe’s ex husband Kordell is Peter’s business partner. Kordell and Claudia have also met and now we have a love connection in our midst. I think Kordell wants to date her and Claudia would give it a go. She doesn’t LIKE to date  ex’s of people in her social circle but she doesn’t consider Porshe a friend she sees no problems…oh Claudia with Porshe there is always a problem. Kordell and Claudia exchange numbers and everyone is happy. Will Kordell and Claudia make a love connection and how will Porshe (and her guard dog NeNe) react to all this? I guess will have to stay tuned!!

Let me know what you think of the Claudia and Kordell hook up and don’t forget to check out our BRAVO page for all our recaps on all the Bravo shows plus Jon is reading you the ladies blogs and giving you his take on the weeks events. ALSO we are covering THE BACHELOR, CELEBRITY APPRENTICE and KING OF THE NERDS so check out their pages to keep up on what’s happening. Head over to AMAZON.COM to do all your Valentine’s Day shopping. You’ll get all the same great prices and it will also help us to continue to bring you coverage of all your favorite reality shows.