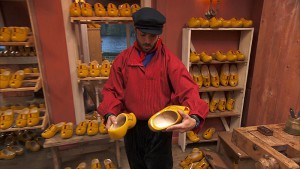 This episode began at the pit stop, where Matt tries to tell Jelani & Jenny that they only U-turned them because of the express pass (although this isn’t true). Jelani says it’s fine, but the lawyers aren’t dumb; they know that the hairdressers must be sweating because they used up their one U-turn on a team that is still in the race. At 12:19 pm, Laura & Tyler learn that they will be flying to Amsterdam! I’m super excited, because I want to go there so badly, but for now I’ll have to live vicariously through the racers. Once again, all teams arrive in Amsterdam simultaneously, and reach the roadblock at about the same time. In If The Shoe Fits, one team member must search through hundreds of wooden shoes to find the one that matches the chosen shoe. The lawyers win the Date Night Pass, and Tyler is excited to wear yet another costume. This challenge seems pretty difficult, as the designs on the wooden shoes are extremely similar. Jenny finishes the roadblock first, and she and Jelani will now ride bicycles along the Amstel river to Munttorn. Tyler completes the roadblock next, and Blair finds the right shoe incredibly quickly. Matt and Rochelle are the last ones at the roadblock, but Matt is in a frenzy while Rochelle is calmly searching through the shoes. Rochelle finishes the roadblock, then Matt picks up and puts back down the correct shoe. I bet it’ll be painful for him to see that he was so close to finishing the roadblock when he watches this episode. 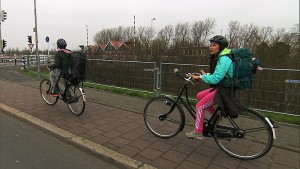 Aside from the hairdressers, all teams are biking to the next clue. The lawyers ask for directions and decide to
take the longer route, because it is more straightforward. Laura & Tyler take a more complicated path and end up getting to the detour first. Soak requires teams to drive an electric powered hot tug along Amsterdam’s waterways, making note of a series of symbols along the way. Once they’ve solved the riddle, they’ll receive their next clue. In Shuffle, teams must play a Dutch version of shuffleboard and get 51 points to earn their next clue. Matt is still 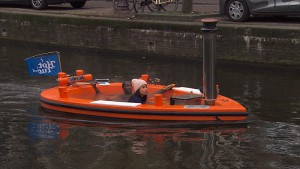 struggling with the roadblock, having brought out 31 different shoes. Laura & Tyler choose to do Soak, and have a good time goofing off during the detour. Hayley & Blair are arguing yet again, because Hayley says that Blair is pedaling too fast, which is rude because she can’t keep up. On his 43rd attempt, Matt finally gets the correct shoe! Ashley was incredibly supportive the whole time, which was nice to see. Hayley & Blair got lost, and music mocking Hayley played while she yelled at Blair. I’m not a huge fan of Hayley, but in her defense, Blair keeps getting them lost and insisting that Hayley is wrong when she tries to give him directions, even though she is actually right. I do find Hayley’s yelling annoying, but she has been constantly ignored by Blair, who thinks he’s always right, which must be very frustrating. 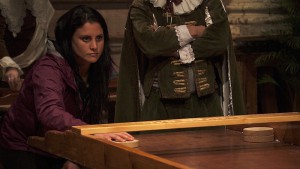 Mike & Rochelle try Shuffle, but Rochelle gets 34 points and Mike only gets 3, so they have to try again. Laura & Tyler get the message, Ice Skating Rink, correct, so they’re off to the pit stop. Laura & Tyler come in first place and win a trip to Sol, South Korea! Hayley & Blair finally make it to Soak while the lawyers are finishing up. Jelani & Jenny can’t figure out the first sign (ice), so they decide to do the loop again. Hayley & Blair figure out the message, then lie to the lawyers about it. Mike & Rochelle finally complete the detour, making it a race between the lawyers and the hairdressers. Although technically the hairdressers still have a chance, they’re basically already out. Hayley & Blair come in 2nd place. Matt got 42 points on his first try, so Ashley needs to get 9 points for them to complete the detour. Jelani & Jenny still can’t figure out the message, so they’re now asking locals about skating rinks. Eventually a local helps the lawyers figure out the saying, so they’re now off to the pit stop. Mike & Rochelle went in the wrong direction, allowing Jelani & Jenny to come in 3rd place, and putting them in 4th place. Matt & Ashley come in last place but they aren’t eliminated, because this is a non-elimination leg!

What did you think about this leg of The Amazing Race? Honestly, I’m glad Matt & Ashley are still in the race, because I enjoy watching couples that truly love each other and treat each other so well. Let me know who you think will be eliminated next in the comments below!