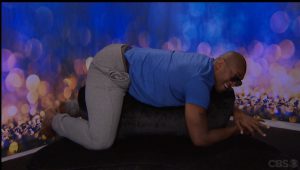 After Chuck’s eviction, we get reactions from the DR. James claims responsibility for breaking up the girl’s alliance. He gets a fake phone call from the White House for Omorosa, saying we’re a Def-Con 1. James is still in the game. Oh, she doesn’t want to talk to you anymore. Metta, while laying on the back of the DR couch, says that the house has gone crazy; it’s like the jungle—everyone is an animal. LOL. Omorosa is pissed that there’s another alliance that she’s not a part of and true BB begins tonight. Keisha says that the alliance flipped and the only person she trusts is Omorosa. Brandi says that Omorosa thinks that she’s the boss bitch of the house, and it makes her heart sing to her an ego check. She says that Keisha and Omorosa are the next to go.

Marissa tries to hug Omorosa and Omorosa tells her, “Don’t play me and then try to hug me.” It’s back to the mean villain that we all know from reality TV. 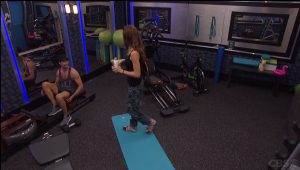 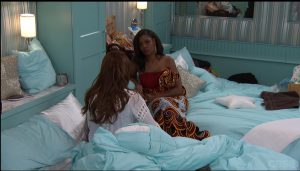 When the group tries to talk to Omorosa and Keisha, Omorosa wants to talk to Shannon individually. She tries to guilt Shannon about their night one, hour one alliance. Shannon tells Omorosa that Keisha had a side alliance with Chuck to come after them. Omorosa says that Brandi and Marissa aren’t coming up with strategy. Omorosa says that Shannon looks like the horrible bitchy chic. Nope. Still you, Omorosa. She continues berating Shannon telling her that when she sees how many conversations are had about her, she’s going to realize the Omorosa is the only 1 that had her back. (Ha! Omorosa starts rumors about Shannon!) 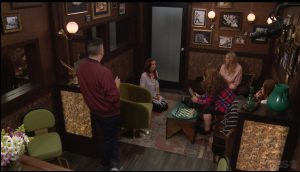 After their talk, Shannon goes to Ross, Marissa, Brandi and Ari to fess up to her Day 1 alliance with Omorosa, which turns out was a Final 2 deal. She explains it as having been a way to bring information back to all of them, like the Chuck & Keisha deal, which there was really no deal. Marissa says that Omorosa must be pissed at Shannon. Shannon says that she knew the blowback was going to be worse for her than the rest of them for flipping the vote. Ross says in DR that his mind is blown by the Shannon/Omorosa alliance. JK. He says that Shannon is playing this game hard. Too hard! Brandi says that all alliances are off after Shannon leaves the room, except for the four of them: Ross, Marissa, Ari and herself. 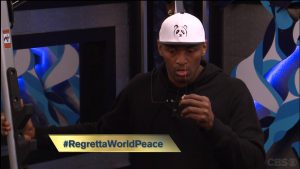 Omorosa and Keisha are in the gym with Metta. Omorosa is playing the HOH for both her and Keisha now. She says that it will be the most dramatic HOH in BB history. Metta says that he voted for Chuck to stay. Omorosa and Keisha are floored that Metta didn’t realize that when he said Chuck’s name, he was casting a vote to evict, not for him to stay. #RegrettaWorldPeace–awesome hashtag, BB! Now why can’t you get on board with #CBBUS? 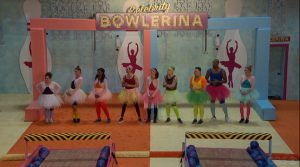 The HOH comp is Celebrity Bowlerina. They must spin 12 times on their bars to get 12 seconds to bowl. Shannon tells the new alliance that now includes Ross, James, Brandi, Ari, Marissa and Omorosa that they need to pick Omorosa every time until she is eliminated. Omorosa overhears her and says that she now knows that Shannon is aggressively targeting her. Whoopsi! 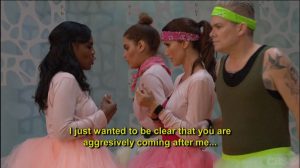 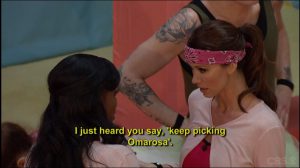 Omorosa gets to pick the first person to go against, and she chooses Marissa. Marissa handily beats her. As Marissa is celebrating, Omorosa disappears into the house, saying she needs her nebulizer for asthma. She is seen knocking on the DR door, requesting a medic. She says in the DR that this is not how she wants her BB life to end.

Ross picks Metta. He says in the DR that his man-boobs are bouncing more than Dolly Parton’s in an earthquake. Ross beats Metta. He says in DR that “beating an NBA champion is the best moment of his life. No, meeting Celine Dion was. She’s a delight.” (Ross kills it in the DR!)  The rest of the head to heads: 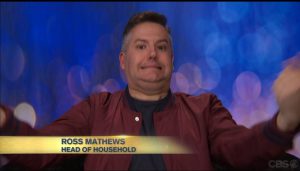 Shannon told James to throw the comp to Ross because he will target Keisha and Omorosa. Ross is excited to win HOH in any case.

Nobody knows where Omorosa is. They realize she must be in the hospital. All hope that she’s okay. Keisha is glad that Omorosa didn’t go old school Omorosa on their asses. Ross talks to Marissa about Omorosa if doesn’t come back, who he should target. He asks her which pair should be broken up? She answers, “Shannon and James.” The houseguests get a message that Omorosa is coming back to the house after an asthma attack before nominations. Ross feels bad that he would be nominating someone who is coming back from hospital, and he considers targeting Shannon because they’re all playing her game. Omorosa comes back into the house and straight to bed with multiple houseguests coming to check on her. Omorosa gives a DR after her ER visit with the fakest cough ever. Ross says that outside of the house would want to tuck Omorosa into bed and feed her chicken soup, but BB Ross wants to send her home. 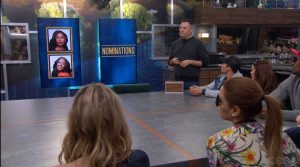 At the nomination ceremony, Omorosa goes into villain mode. Same leopard, same stripes. She gives an evil laugh when her picture appears on the memory wall. Keisha is the second nominee. Omorosa interrupts Ross’ speech saying: “You don’t have to struggle through it. We’ve got this; we got this a long time ago. We’re big girls.” Ross asks her if she wants to leave so he can finish. She says she’s not going anywhere but he can keep talking. He says it’s not personal; it’s Big Brother.

Before you go, please comment below. What do you think of the celebrity’s game play this season?