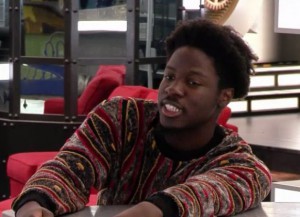 Now that Ashleigh has taken herself off the block and has been replaced with Pilar, the campaigning begins. The Diaper Alliance quickly regroup in the bedroom. Zach gives a funny speech about how the diaper couldn’t hold the poop anymore and now it’s all over the floor. Jokes aside Zach isn’t going to rest until he’s pulled every last play from his book. Pilar knows that and so do Sarah and Brittnee. Godfrey will be the focus of the campaigning and you’ll never what that guy will do. Pilar tries to talk to Godfrey, he said he won’t vote her out, but if he did he’d tell her. He’s definitely not voting her though, but 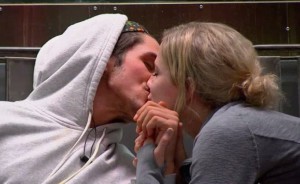 of course things change. It’s so much fun to watch him screw with their minds. Sarah overhearing all this is now even more worried about Godfrey. Wait til they watch this season back! They  are going to die. Sarah just wants Pilar to step up her game a bit, she’s up against QB1 Zach who is pulling out all the stops on Ashleigh, milking this “relationship for all it’s worth. Ashleigh has a huge decision to make, her boyfriend or her best friend. You know what they say Sisters before Misters. Zach is also using his time in the have not room to work Brittnee. He tries to use the angle of if he’s gone, she becomes target number 1. He even tries to guarantee her safety with her and Ashleigh. Does Brittnee take the bait? 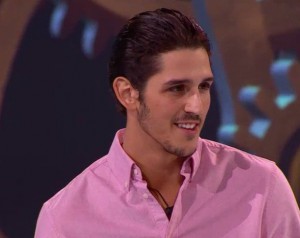 We go right into the vote. Pilar just thanks everyone and Zach gives a nice speech about how they all became family and how he’s learned to put down the phone and just talk to people. This game of Big Brother has made him a better man. Judging from their dress Zach will be going home. In a unanimous vote Zach is evicted from the Big Brother house! In his chat with Arisa he accepted his eviction with a lot of class. At this point you need to win

and I didn’t do that so here I am he tells her. He even says he thinks Sarah is going to win. He goes off to jury and Arisa now tells the last 5 that it’s a double eviction and no one seems surprised. In the HOH competition Web of Flies, they all must work their fly through a web maze working from the outside to the exit in the center. The first one to get their fly out wins HOH! Brittnee from the start seemed to have a good handle on how the puzzle worked and she was the first to hit the buzzer. Brittnee is HOH AGAIN! As expected Brittnee nominates both Ashleigh and Pilar. 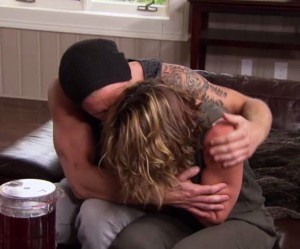 Before the vote we are given a peek into the jury house. They are busy decorating and making a cake for their newest addition. Willow is still bitter and is looking for answers. Bruno is still playing the game even in the jury house. Everyone is shocked that Bruno is there. Willow celebrates Sarah still being in the house he tells her she won’t be for long. First he gives them quick details of Brittnee’s power and how he came to be sitting there. Then they ask for details about the triple, where he lays it down that Sarah voted to evict Willow. Willow has an instant meltdown. She feels betrayed and regrets playing the game with her. Is it real? I’m not sure. I’m sure she was hurt, but I also feel that was a bit staged for effect. We will have to get to the bottom of that on finale night! 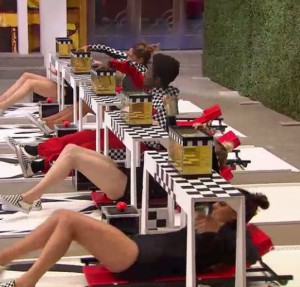 Back to the game now. Ashleigh and Pilar are on the block and now we play Pit Stop to Veto. Everyone is playing they have to roll themselves on their backs on dolly’s across from one side of the course to the other getting water from one side and putting it in jar on the other. The first to get their ball out of the jar and ring their buzzer wins. Pilar takes an early lead but spends too much time trying to get her ball out of the jar allowing Ashleigh to catch up. Ashleigh is the first to get her ball out and wins her second veto in a week! Of course she takes herself up and Brittnee nominates Godfrey in her place. 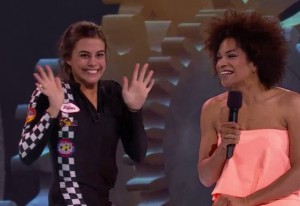 Time for the second vote of the season. Pili gives them a pep talk but Godfrey gets down to business. You want someone you can beat. I’ve done nothing in the house, I have no friends in the jury, keep me. Is it enough? Ashleigh votes to evict Godfrey and Sarah votes to evict Pilar leaving their fates to Brittnee. It’s numbers game and Brittnee votes out Pilar who just wants to change. I don’t blame her, no one wants to leave the house in that outfit! A shocked Pilar goes out to see Arisa, and she is typical Pili, all smiles and excited. She knows she blew the POV and is 100% Team Ashleigh. At least she gets to join Kevin  in the jury house.

Our Final four are Sarah, Brittnee, Godfrey and Ashleigh who coincidentally all entered in the same group! Who are you rooting for the winner to be? Jon and I are live recapping this weeks Double eviction this Friday AT 3pm You aren’t going to want to miss this show! Before then though you need to check out the amazing exit interviews with all the evicted and our shows with Graig and Johnny  and Naeha below. As always  all our recaps are on our BBCAN page.  We also have exit interviews every Thursday so tweet us your questions #YRRLive right after the episode so we can ask them what you want to know.