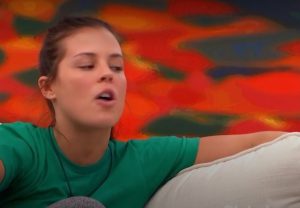 Welcome to EMO week in the BBCAN house. After the triple eviction, Maddy felt like she was disposable to Will and Paras. Kaela won the HOH following the triple. Maddy went to Kaela and told her that Paras was playing her, just like she is playing Maddy. Maddy talked a lot of shit about Paras to Kaela, basically blowing up Paras’ game. 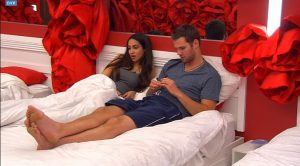 Once Paras found this out, she freaked the fuck out, and she balled her eyes out for two hours. She said to feeders that she worked her ass off to get to this point, and now she is going to end up going out 5th. Will came to comfort her, and once Maddy came into the room, Will went the fuck off on Maddy and called her a piece of shit for what she did to Paras after all the times she saved her. 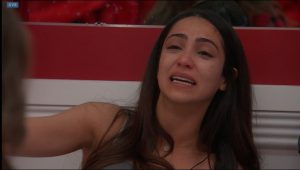 Maddy and Paras then had a chat, and Paras told Maddy that she was never against her. She said that she saved her on 4 separate evictions. She said through massive sobs that Maddy is manipulative, and she doesn’t understand how Maddy turned on her after everything she has done to save her in the game. Maddy started crying (as per usual) and said that she lost her soul to the game this week. She admitted how much Paras has saved her game. 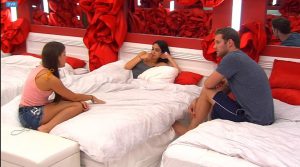 Paras was with Will still crying, when Kaela came in. Will expressed that Maddy is a piece of shit, and she planned to take Derek out this week. Kaela said that if she didn’t win HOH, they were both going on the block no matter which of the three won. She wasn’t moved by Paras’ tears. Will told Kaela to put him up on the block, not Paras. She doesn’t deserve it. Kaela says that she is keeping her plans for nominations to herself because it’s all about the veto this week. 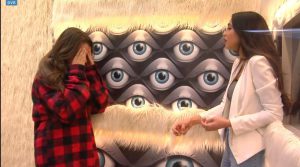 After Kaela didn’t reassure her, Paras knews her and Maddy were going to be nominated, and she was right. Kaela put Maddy on block for her mental capability, and Paras up for her social game. Afterwards, Maddy gives another tearful apology to Paras on how she lost her soul to the game and she wants the $100K even though it’s dirty money.

Everyone plays in the veto competition. Kaela pulls out the win. Afterwards, she tells Paras and Will that they accomplished their goal: the 4 of them are final 4. Paras doesn’t want to celebrate until Thursday when the votes are read. However, she unpacked her bag (everyone packed for the triple), so I think she knows that she is staying. She’s cunning and manipulative, which is why she recognizes Maddy’s manipulation. Takes one to know one. 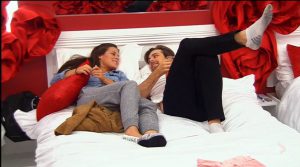 Maddy is planning on campaigning to Derek to see if she can get his vote, and if so, if Kaela will break the tie to send Paras out instead of her. Will is not voting for her over Paras. Meanwhile, Kaela and Derek are already counting on one of them winning HOH, one winning veto next week and are deciding whether to bring Will or Paras to final 3 with them. Talk about over-confidence. I can’t stand Kaela’s smugness, hence I picked the ugliest picture of her I could find to include here. Last I heard, they were thinking Paras would be easier to beat in both physical and mental competitions. Side note, these 2 have selective memory—they promised on their Derek’s family and Kaela’s cats that Paras was their girl and would be in final 3 with them if she kept Kaela for the first eviction of the triple. BTW, that was the dumbest game move I’ve ever seen. Imagine what the jury is going to think, especially when the next evictee walks in this week, and gets a MAJOR “I told you so” from Johnny, Liv and Ali of how stupid it was to keep Daela.

Kaela kept the nominations the same at the POV ceremony, giving the same reasons that she did for nominating Maddy and Paras. Right now, I expect that Maddy will be headed to jury on Thursday. It’s about fucking time. Betcha these fools regret not evicting Kaela now. I regret it for them. All of #TeamFunFeeds walked out on Thursday to my dismay

I’ve had some health issues that caused me to miss recapping the past 2 shows. I figured you’d rather get the spoilers than REALLY late recaps.