Well the holiday season is officially here folks, and that means only one thing for us TV lovers, finales and repeats. This week was the mid-season finale of Bravo’s Shahs of Sunset.  Due to the holiday’s we’ll have a break from the Shahs until January 7th of next year. But don’t fret! Because our favorite Persians will be back in 2014 with new drama that we all love to see! Until then let’s discuss this weeks mid-season finale!

This weeks episode started off with Adam and Reza shopping at the mall for their housewarming party they have been prepping for over the past few episodes. In true Bravo fashion we were able to see Reza buy caviar from a vending machine that only took cash…the caviar was $3,500! This scene gave me flashbacks to season one of The Real Housewives of New Jersey the scene in which Teresa and Jacqueline went furniture shopping and paid cash for everything!

Next, we followed Asa as she brought GG to partake in a Tai Chi exercise class. While he entire class seemed to be taking it very seriously, GG on the other hand kept making sex references and jokes about the exercises the entire time.  After the class GG and Asa had a heart to heart conversation about GG’s anger problem. The two have bonded recently and I personally like this pair together! The climax of this episode was the meeting of Reza and Sasha. The feud between the two has been brewing for a majority of this seasons episodes, and after a therapy session Reza has decided to meet with Sasha and apologize to him. 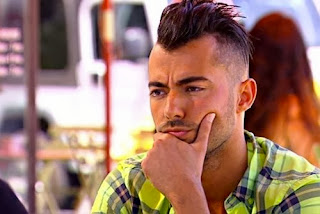 Now the problem that I have had with this entire feud is that it’s never clearlybeen stated why Reza has had such a problem with Sasha it just seems as if he
is jealous of him. However, the two hashed it out and mended their fences hoping to improve whatever relationship it is that the two have. A problem that I have with this meeting is that Reza arrived first, ordered a coffee and then Sasha ended up picking up the tab! When the entire predicament they are in is Reza’s fault! I just did not understand why Reza would not take the bill and even pay for Sasha’s tab.
Mike and his brother met with a former high school friend of Mikes who owns a jewelry business. Mike was there to look a rings for his girlfriend. Mike made it a big deal that he needed to buy her something nice to prove to other that he was really in love with her because of the fact she’s not Persian. However, he could not afford anything other than a $20,000 ring because he believes that Reza is not helping in their business partnership and it’s causing Mike to lose out on money and a $20,000 ring is the only thing that he can afford. So he left the jewelry store saying that a ring will have to wait until he buy something bigger.
Next up, we had GG going out with her boyfriend to dinner. Here they had the talk of “do you want to be with me?”

GG went to the dinner with all intensions of telling her boyfriend of the kiss that had happened at Lilly’s birthday party. GG’s boyfriend went off because he had confronted MJ about this calling her terrible names and acting out to prove that GG had never cheated on him. Where in reality GG had really cheated on him and he had been played. They ended the dinner and their relationship over the matter.
We finally were able to see Adam and Reza’s housewarming party come to life in this episode. Asa and MJ were the only members of the Shahs group that were invited to the party. At the party Reza discussed with the people who had attended how the Shahs group seems to be going their own ways and it hurts him that Mike is one that he no longer is close with.  Mike, moving on from his relationship with Reza, met up with some fellow businessmen to play cards in hopes of trying to make more money on his own as opposed to relying on Reza.  Mike is hurt by the fact that he left such a high power, money making job to partner with Reza and he believes that he’s been fooled by Reza. Because everything that Reza used to get Mike to partner up has not worked out for Mikes favor.
Reza, on the other hand believes that everything that is wrong in their relationship is due to Mike. He believes that Mike is lazy and the fact that he doesn’t do well in the business relationship is because he is doesn’t do anything and wants the business to come to him. 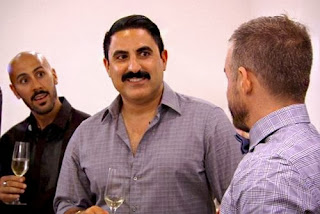 Reza thinks that why the group is so separated at this point in time is because of the fact that GG, Lilly, and Mike are very immature and need to grow up. However, the common denominator in my mind is Reza. Reza is clearly the center of every fight on the show and it appears he has the most growing up to do. Once again, this episode was Lilly-less. I still am struggling with the fact that she is a main star but is rarely ever in the episodes.

What did you guys think of the episodes?  Will this hold you off until the New Year? Who do you think is the source of the problems for the group? Let me know in the comments!