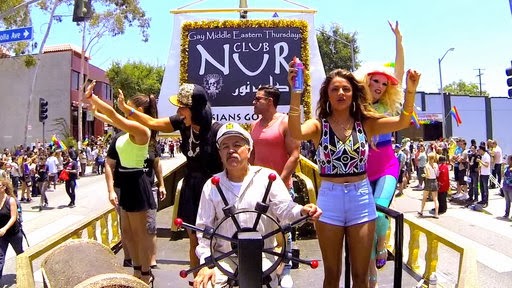 Ladies and Gentlemen Christmas came early this year, as Bravo presented us with not just one, but two episodes of Shahs of Sunset! Giving us a double dose of our favorite Persians in Los Angeles.

Our first episode aired on Sunday, after the Real Housewives of Atlanta, this episode was centered around the Pride Parade. The episode began right where last week left off. The aftermath of the fight between Reza and Sasha at the gay bar left a big impression on Mike. Mike believes that Reza’s actions were terrible and he does not want to be associated with someone who does things such as what Reza did last week at the club. The wounds of this fight were so fresh, that Mike uninvited Reza from partaking in the gay pride parade that they all had been asked to be in. 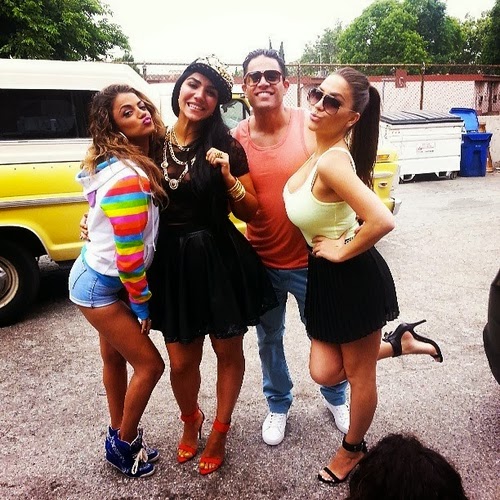 One of the best scenes of the episode is with Asa and her mother. Asa wants her mother to live a long and healthy life (she wants her to live to be 150 to be exact). So Asa began taking action to try and help this by making her mom an organic smoothie as opposed to eating chips and cookies. Asa’s mother was hesitant to even taste the drink but was forced to and said that it had tasted like vomit. She and Asa chased each other around the house till Asa’s mother was able to pour the drink down the drain and go back to eating her chips.
MJ met with Mike for lunch to discuss the events that had taken place at the gay bar. Mike also disagreed with how MJ acted that night. He would rather her not act in on something that is not morally correct. MJ took offense to this and said that he was acting as a poor friend and was in the wrong. While MJ admits that she did do wrong, but she said that she has protect instincts that came out that were harsh but in the end she was just trying to be there to stick up for her friend and do the right thing.
With all the beef between the group happening, Mike, his girlfriend, Asa and GG were the only ones to come to gay pride and partake in the parade, until…half way into the parade. For the first time in over 3 episodes Lilly made her first appearance with another member of the cast! She joined the parade halfway and chose to finish it out with the group.
While grabbing a bite to eat after the parade the group is welcomed by another unexpected guest…Sasha! Sasha met up with the group to once again hash out what had happened during that infamous night. The group mutually came to a decision that they both were in the wrong and that things needed to be worked out. The hopes of seeing Lilly back with the crew for good were quickly dashed and she exited the episode right after the parade, not following the group to a rooftop pool party down town.
To end the episode, Asa invited Reza over to discuss the feud over red velvet cupcakes. She had heard the Mike version, the Sasha version, but she wanted the Reza version.Reza came over and told his story and said the root of the problem that night was that he still has issues and that all of his pain was put onto Sasha and his brother that night. Reza then discussed how hard it was for him to be in the closet and living a second life. Saying that it really takes a toll on someone and unless they are in your shoes, no one will ever know what that feels like.

What did you think of the episode? Are you Team Reza or Team Sasha? Let me know in the comments below!